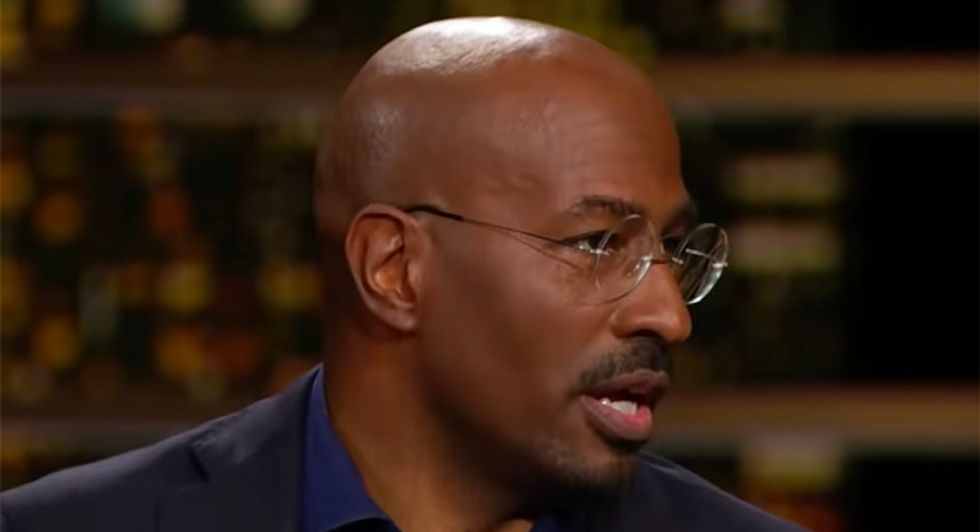 On the "Overtime" segment of HBO's "Real Time,' CNN contributor Van Jones explained to the panel and host Bill Maher that the media is still doing a terrible job covering Donald Trump -- and then had some advice for the press at large on how to break the chain of continually pushing the president's narrative each day.

Reacting to a viewer's question about the mistakes of the media breathlessly covering Trump's every utterance in 2016, Jones called for a brief moratorium.

"From the very beginning we fell into a particular kind of trap that we don't want to normalize him," Jones explained. "So anything he does that is outside the norm we are going to react to aggressively. Well, he loves that, so he knows we're going to respond."

"I sometimes wonder, what if we had a week where, no matter what you do, we won't cover you, and just, like, cover other stuff," he continued to applause from the studio audience.

"It couldn't work any worse," he added.