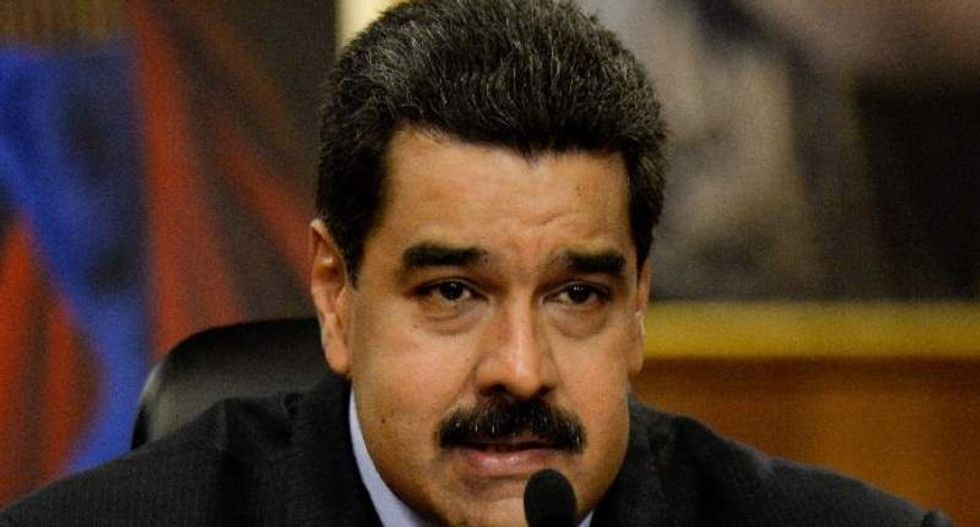 Venezuela's government on Wednesday accused US President Donald Trump of "violent threats" after he said socialist leader Nicolas Maduro's regime would be "smashed and broken" during his annual address to Congress.

"Trump offends and disrespects the Venezuelan people by proffering violent threats against its integrity and against the constitutional, legitimate and democratic government of President Nicolas Maduro," Foreign Minister Jorge Arreaza told reporters.

Trump was to meet later in the day at the White House with Venezuelan opposition leader Juan Guaido, who was the White House's guest at the president's State of the Union address to the US Congress Tuesday night.

Guaido was given a standing ovation by both Republican and Democrat lawmakers on Tuesday as Trump called him the "legitimate president of Venezuela."

Guaido, 36, sprung to prominence a year ago when he declared himself acting president in a challenge to Maduro's authority.

He was quickly recognized by more than 50 countries, including the United States.

"Maduro is an illegitimate ruler, a tyrant who brutalizes his people," Trump said in his address.

"But Maduro's grip of tyranny will be smashed and broken."

Arreaza, who read out a government statement, accused the US of "meddling" and described it as an "agonizing effort to revive the already failed strategy to change the government by force."

Last year, the Trump administration repeatedly insinuated it was prepared to use military intervention to remove Maduro from office, without ever backing up it's claims that "all options are on the table."

The Venezuelan government statement also hit out at the "shameful complicity of those dedicated to selling their homeland for humiliating crumbs tossed to them by their boss, Mr Trump."

Guaido had gained some momentum over the first half of last year, generating widespread support in street protests and finding clever ways to defy Maduro's authority.

But his efforts fizzed out over the second half of the year as his popularity fell dramatically.

This year he's also had to deal with a challenge to his leadership of the legislature by a Maduro-backed rival.