'Vengeance is coming': Rick Wilson warns the SOTU will be a 'seething mass of horrors' once Trump is acquitted 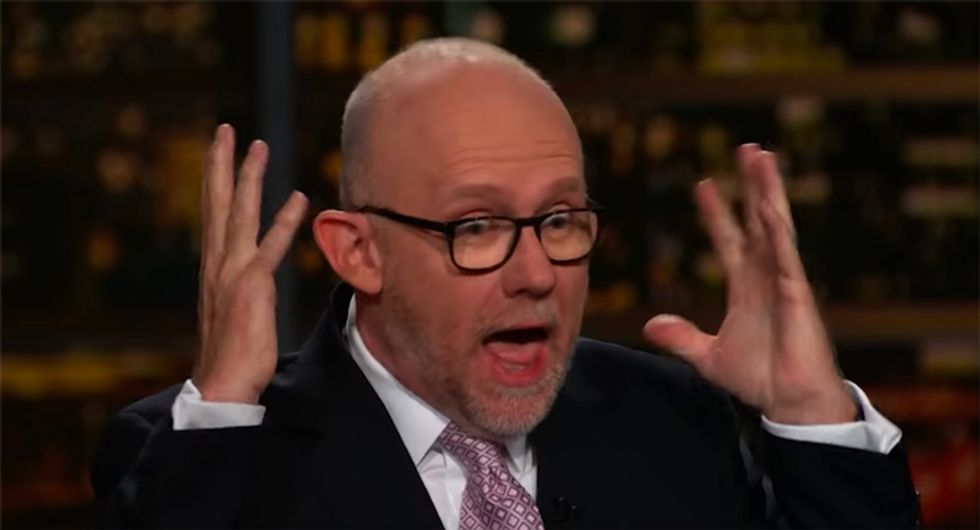 President Donald Trump delivered a "a slurry of lies" in his third State of the Union address -- but former Republican strategist Rick Wilson said the speech should be a wake-up call to Democrats.

The speech was a television spectacle delivered by a former reality show star who's spent decades cultivating a celebrity persona, and that stood in contrast to the debacle in Iowa unfolding at the same time, Wilson wrote in his new Daily Beast column.

"That alone should be a wake-up call," Wilson warned. "Incumbent presidents, even a sh*tbird like Trump, are hard to beat and they command the heights of public attention. Tom Perez issued a tweet the day of the State of the Union bragging about reforms the party had made in the process, even as every headline in the country was about the Democratic field in chaos, and the mess of a non-result in the early boutique caucus in Iowa."

That wasn't what's needed to penetrate the web of lies Trump spun for his followers.

"All presidents cherry-pick economic statistics for political benefit," Wilson wrote. "In Trump’s case, he simply makes up whatever he feels at the moment. It’s a consensual reality bubble with his followers."

"Many of them have faced the terrible outcomes of his economic policies — see War, Trade — yet still continue to imagine the miracle has touched them as well," he added. "Coal miners, Midwest farmers losing their lands, steel workers, and others got shafted for three years by his trade war, and yet he described a magical-realism version where all the damage disappears with two shaky new trade deals. Never mind! Look at those adorable kids in the audience! Hey, there’s a Tuskegee Airman!"

The speech rolled out the message Trump will be selling voters until November -- but Wilson imagined a speech that accurately laid out the president's vision once he's acquitted in his Senate impeachment trial.

“The state of the union is pure, weapons-grade, uncut f*cking chaos, and I am both unhinged and unbound from any consequence, ever," Wilson wrote. "All the pretty words my speechwriters worked so hard on are a thin veneer over the seething mass of coming horrors. I have gambled our economy, compromised our security, and shredded our dignity, and I’ll do it again. My message to the American people: bend the knee. To my enemies: Vengeance is coming.”