It took three years but a leading U.S. regulator finally got tough with probably the most lawless large U.S. financial institution.

The Office of the Comptroller of the Currency, an arm of the Treasury Department, recently took action against a former chief executive of Wells Fargo. The action was in connection with the scandal in which the bank pressured employees to create bogus accounts to extract millions in fees from unsuspecting customers.

Many observers were surprised. The OCC, not known for aggressive action, fined John Stumpf $17.5 million. That's the largest penalty it has ever imposed on an individual. And, the regulator banned Stumpf for life from the banking industry.

The agency also penalized two other former senior officials at Wells and charged five others. Among them is Carrie Tolstedt, the former head of retail banking. The OCC is seeking a penalty of $25 million for Tolstedt, $7.5 million more than Stumpf.

For more than a decade, the bank pressured employees to engage in 'serious misconduct' and 'fostered an atmosphere that perpetuated improper and illegal conduct.' 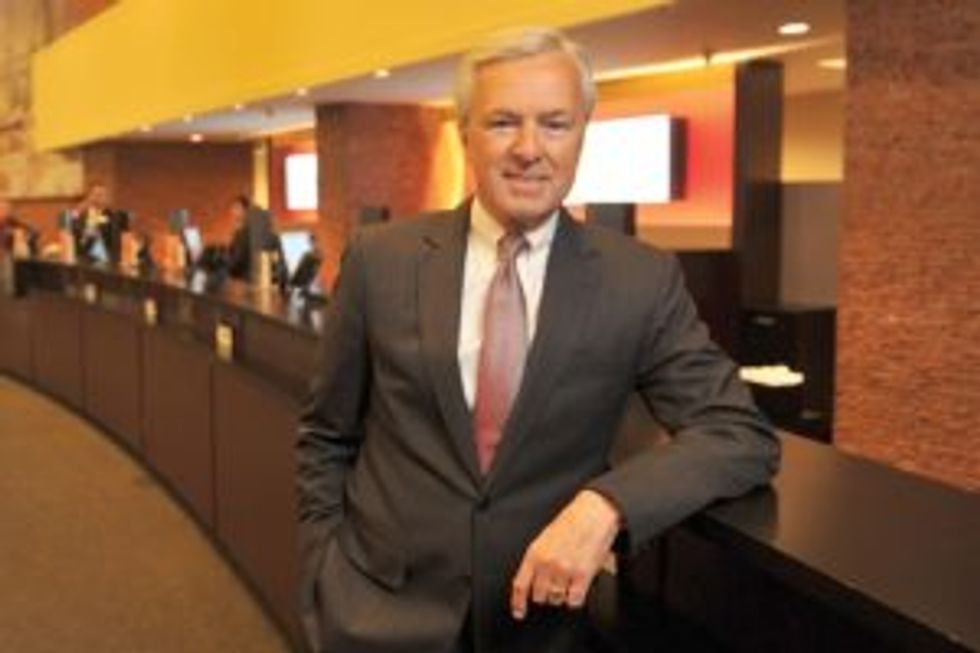 The belated severity may relate to the fact that the OCC’s posture toward Wells is about to be investigated by Treasury. That inquiry likely will address the failure to pursue complaints of abusive practices at Wells long before the sham-account scandal erupted in 2016. The agency admitted this lapse in an unflattering report about its conduct released in 2017.

Along with announcement of charges against Tolstedt and the others, the OCC released a 100-page Notice. It reads like an indictment. For more than a decade the bank maintained a business model that pressured employees to engage in “serious misconduct,” it said. Wells imposed “intentionally unreasonable sales goals” and “fostered an atmosphere that perpetuated improper and illegal conduct.”

The pressure hurt customers and corrupted lower-level employees, the document shows. Described as "immense" in the document, the corrupt scheme turned employees into accomplices.

Also contained in the document are indications that Wells managers were seeking to hide wrongdoing. The bosses  pretended to monitor improper conduct by lower-level employees. The head of corporate investigations testified before the OCC that there was nearly a 100% chance an employee’s boss would know if she failed to meet sales goals. However, getting caught for issuing an unauthorized product or service was unlikely. Employees knew they had to play to stay.

Unfortunately, the document is part of a civil proceeding. It should really be part of a criminal case against Wells. The shocking misconduct outlined by the OCC belongs in an indictment brought under RICO, the Racketeer Influenced and Corrupt Organizations Act.

There are reports that the Justice Department is pursuing a criminal investigation of Wells. But it is hard to be confident that William P. Barr’s Department of Justice will do the right thing.

The president appeared to gain weight while in the White House, but spending the last six months on the golf course has done a lot for the hefty gut that once hung over his belt.

The Trump White House hired a full-time makeup artist to ensure each person appearing on camera looked presentable. She is now set to reveal a tell-all book about her experience. Trump is well-known for sporting some kind of makeup that tints his skin that can rub off on his collar or leave a noticeable line.

Who did Donald Trump's make-up today? The ghost of Al Jolson? #Distracting #PressConference #DonaldTrump #CNN… https://t.co/8VbieDmjFy
— Brushing Off (@Brushing Off) 1541613007.0

"On Sunday evening, the president was seen in public for the first time the Justice Department's investigation came to light, having been driven from his golf course in Bedminster, New Jersey," said the report with several photos.

The DailyMail noted that this is the first time Trump has been seen after it was revealed he ordered the spying of journalists, Democratic members of Congress, their staff and their families while he was in office.

According to a bombshell report from the New York Times last week, Trump was furious that his conversations with the Russian ambassador were leaked to the press. Despite the spying, Trump never was able to find out who leaked the information.

The Justice Department got a gag order against Apple from telling anyone about the spying effort from Trump. Ironically, Trump frequently attacked former President Barack Obama saying that he wiretapped the former president at Trump Tower, but he was never able to find proof and there was no gag order revealed after Obama left office as there was with Trump.

See photos and video below:

However, the Arizona Mirror obtained a copy of the incident report that shows the trooper was focused on the smell of the individuals after stopping the van for driving 5 miles below the speed limit and not making eye contact.

"I exited my patrol car and approached the side of the van," wrote Sergeant Travis Smith in the incident report. "The passenger window was rolled down and I immediately smelled an odor that was consistent with smuggling of illegal aliens from past experiences. Once I was at the passenger window, I noticed numerous persons in the van and the driver looked scared."

"That sounds racist to me. I don't know how somebody smells like an immigrant," she said.

Bart Graves, a spokesperson for the department, said the sergeant who initiated the stop has 20 years of experience.

"The Department does not consider the 'odor that's consistent with smuggling of illegal aliens' as an acceptable factor to establish reasonable suspicion that a person is a noncitizen and unlawfully present in the United States," Graves said in an email. "The Department acknowledges that the information in Sergeant Smith's report should have been better articulated."

Here's how the department initially described the stop:

Speaking to Vice News, Pohlhaus said that he's "not doing anything illegal."

"I want to be in the coldest, [furthest], whitest area I can be," he said.

Reacting to his messages in the Telegram private chat room, some of Pohlhaus said that they now have ambitions to move to Maine. One person suggested a "Nazi home owners association" during the discussion.

"I don't see Maine ever getting below 75% white ever," another user wrote. "Maybe with our efforts we can raise it higher than it is now."

Pohlhaus is known for posting threats and racist statements in the online far-right ecosystem. He once said that "race traitors will get no human rights" in the coming "war." He also recently praised the Canadian man who mowed down a Muslim family of five (killing four of them) with his truck in an Islamophobic terror attack in London, Ontario.

Read the full report over at Vice News.