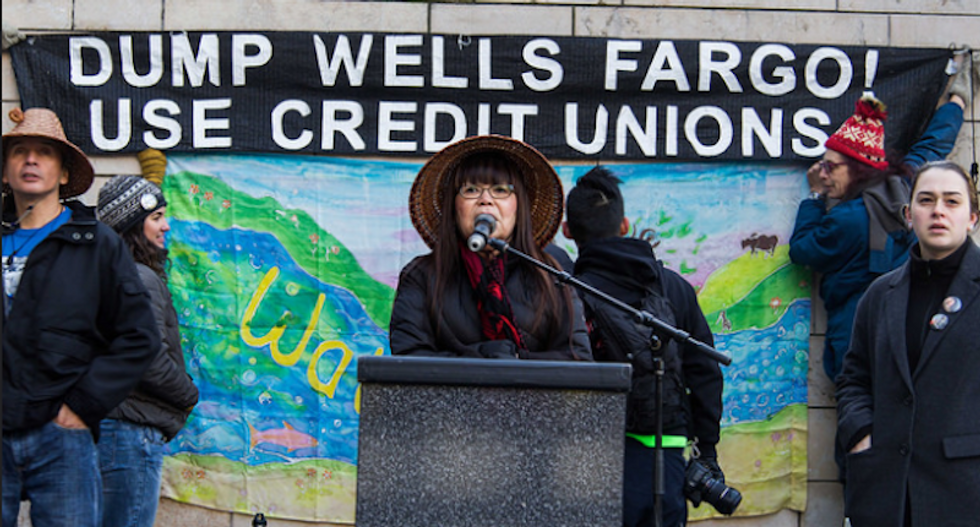 Wells Fargo has agreed to pay US regulators $3 billion to settle three investigations into the bank's damaging fake accounts scandal, the Department of Justice said on Friday.

The fine settles criminal and civil liability in the case in which the nation's fourth largest bank between 2002 and 2016 pressured employees to meet unrealistic sales goals that led to creating millions of accounts or credit cards without consent.

Wells Fargo admitted it collected millions of dollars in fees and interest, harmed the credit ratings of certain customers, and misused personal information, the Justice Department said in a statement.

"As a result of the wrongful sales practices, which went on for years, Wells Fargo earned millions of dollars in fees and interest that it should not have collected," US Attorney for the Central District of California Nick Hanna said at a press conference in Los Angeles.

"Wells Fargo traded its hard-earned reputation for short-term profit and harmed untold numbers of customers along the way," he added.

Hanna said $2.5 billion of the settlement would go to the federal government while the rest will be returned to investors. He declined to say if future prosecutions would occur in the case, but noted the investigation is continuing.

"The conduct at the core of today's settlements -- and the past culture that gave rise to it -- are reprehensible and wholly inconsistent with the values on which Wells Fargo was built," the bank's chief executive Charlie Scharf said in a statement after the settlement's announcement.

"While today's announcement is a significant step in bringing this chapter to a close, there's still more work we must do to rebuild the trust we lost."

The allegations stem from a shift in Wells Fargo's strategy in 1998 to emphasize increased sales.

The Justice Department said that move led bank employees to resort to unlawful means to sell financial products -- including fraud, identity theft and the falsification of bank records.

Within Wells Fargo, the practice was referred to as "gaming," the Justice Department said.

"Today's announcement should serve as a stark reminder that no institution is too big, too powerful, or too well-known to be held accountable and face enforcement action for its wrongdoings," Andrew Murray, US Attorney for the Western District of North Carolina, said in the statement.

Under the terms of the Justice Department agreement, Wells Fargo acknowledged the allegations and agreed not to commit similar offenses for three years, in exchange for prosecutors waiving filing charges.

The San Francisco-based bank set aside $3.9 billion at the end of June last year to settle legal disputes, including those related to its business practices.

US authorities last month fined John Stumpf, who served as Wells Fargo's chief executive from 2005 to October 2016, $17.5 million and banned him for life from the banking sector.

Two CEOs and other senior executives at the bank have lost their jobs amidst the probe into the scandal and outrage over claims the bank was slow to correct it.

Scharf, who took over as CEO last October, has promised to revive the bank, whose 2019 results were hit by the scandal.

The bank already has paid out $4 billion in financial penalties related to its business practices.