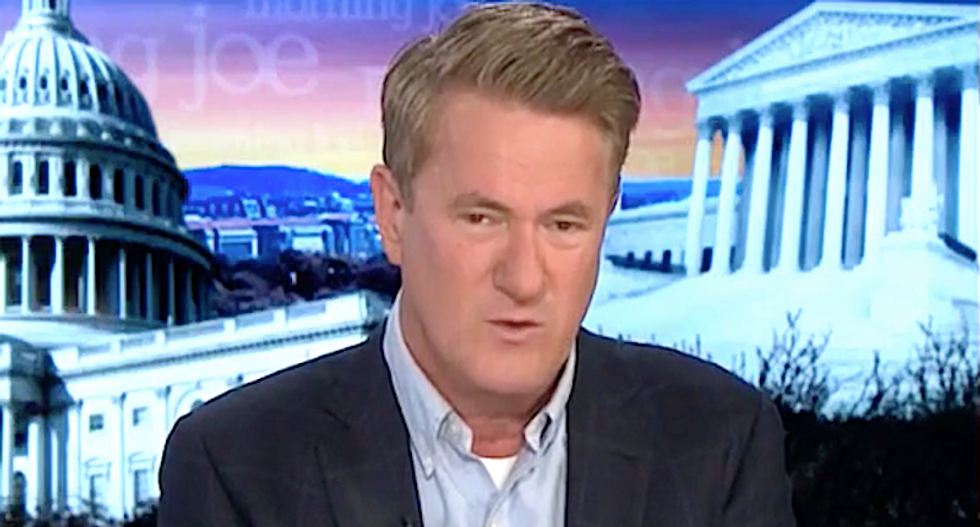 MSNBC's Joe Scarborough warned that President Donald Trump had crossed a point of no return in his politicization of the intelligence community.

The "Morning Joe" host noted that Trump had battled with intelligence agencies over Russia since before his inauguration, but Scarborough said the president's installation of a partisan ally to oversee the nation's spies was a dangerous move.

"This is a president who, of course, in the past has taken the word of Vladimir Putin and an ex-KGB agent over his own intel agencies when it comes to Russian's election interference," Scarborough said. "But he's backed down and allowed the intelligence community to do their jobs, they've reported to Congress that the Russians are still trying to interfere. Most of them call it the greatest threat to American democracy that we have."

Trump has tapped German ambassador Richard Grenell as his acting director of national intelligence, although he's reportedly considering Rep. Doug Collins (R-GA) -- one of his staunchest defenders in Congress -- as a permanent intel director.

"We've definitely crossed the Rubicon this week where the president fires an intel chief and completely disrupts the intel community for simply telling the truth," Scarborough said.