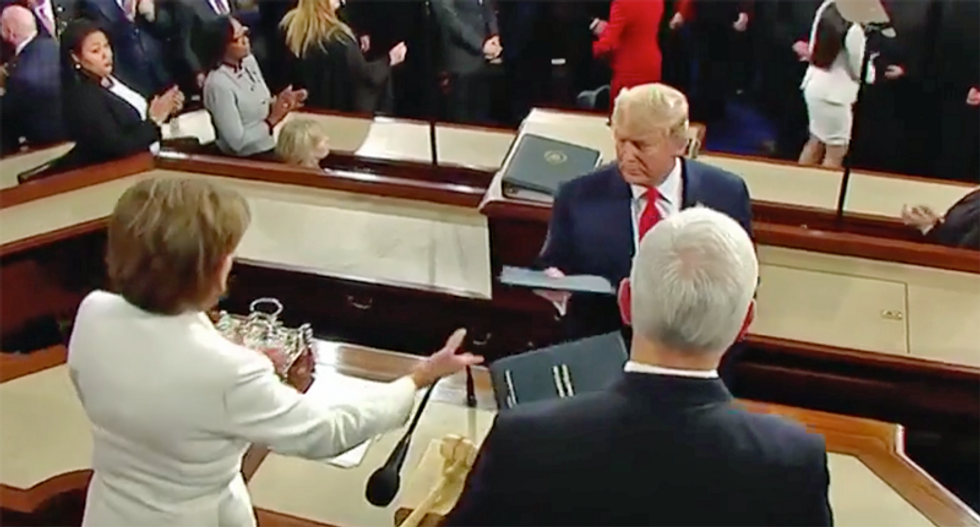 President Donald Trump appeared to snub Speaker Nancy Pelosi as he arrived in the House of Representatives to give his State of the Union address.

Speaker Pelosi reached out for a handshake, as is customary, but Trump did not reciprocate.

WATCH LIVE: Nancy Pelosi went in for a handshake with President Trump. It did not end up happening.… https://t.co/RFb3kOfujH
— The Boston Globe (@The Boston Globe)1580868453.0

The president was criticized for the snub. Here's some of what people were saying:

The president presented his speech to @SpeakerPelosi but he ignored her outstretched hand for the customary handsha… https://t.co/W5ejq1unBN
— Kelly O'Donnell (@Kelly O'Donnell)1580868544.0