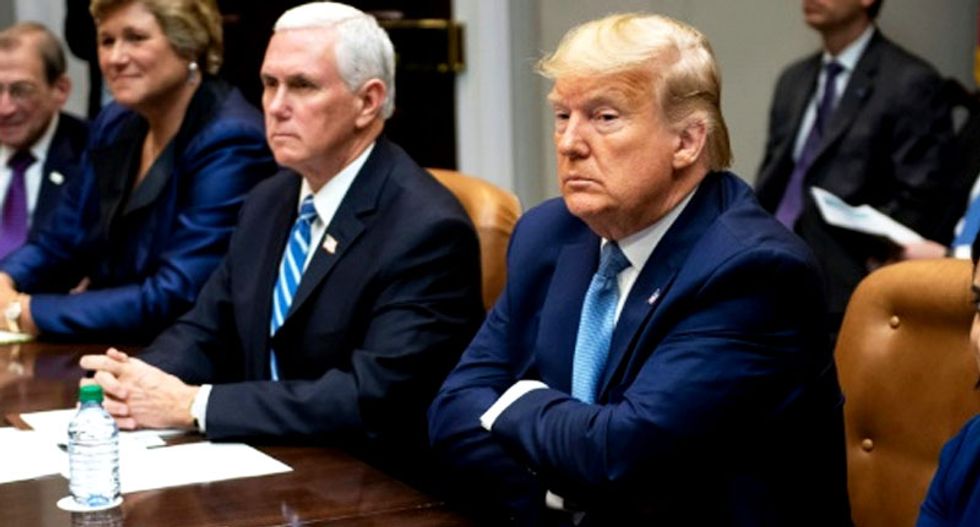 During a panel discussion on MSNBC on Saturday morning, an expert in infectious diseases hammered Donald Trump and his coronavirus task force for continuing to stumble about as the pandemic spreads across the country,

Speaking with host Ali Velshi, Dr. Irwin Redlener from the National Center for Disaster Preparedness compared the poor U.S. response to the epidemic to countries across the world that leaped into action when they realized what they were dealing with.

"Here's the deal," he began. "We don't know for sure that the virus is going to be less prevalent when the warmer weather happens -- we don't know that. You know, the speculation, this is true for some virus, this is a new virus, it is a novel virus. We don't understand the behavior."

"You were talking about the ability to control this in Hong Kong and Singapore, et cetera," he continued. "It's not just because they have a controlled society, in society. These are the places where is they started early testing and separating people. I want to give one piece of data: the United States of America has tested 5 people per 1 million compared to 3,600 people per million in South Korea."

"I wish I could use the language but I'm on television, but this is a phenomenal disaster for us. Not only did we start late, which got me worked up eight weeks ago, but it's still not fixed," he added. " This is a level of incompetence in the public health system that Americans have never seen before. You know, you remember whatever his name was? Michael Brown with Katrina and his job there was questionable. That was nothing compared to the problems we're having right now in messaging and technology. This is an international embarrassment."