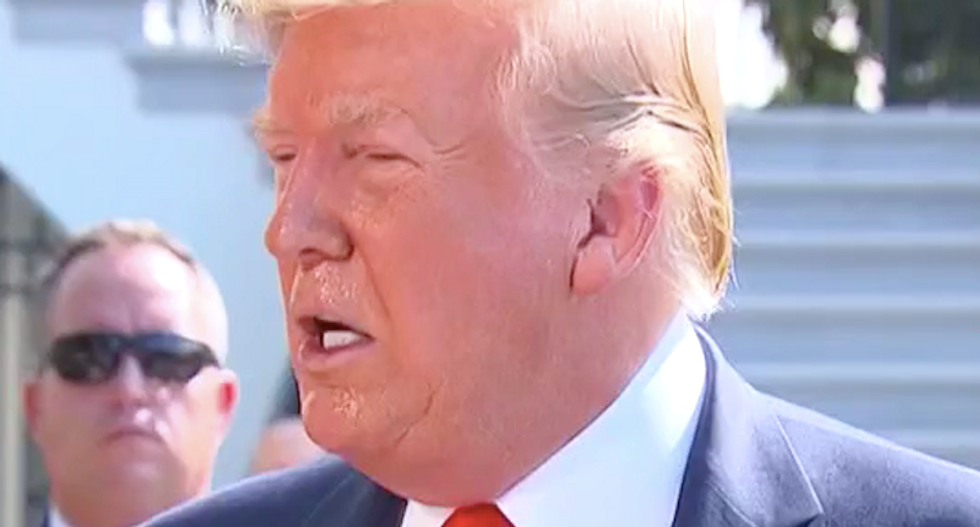 President Donald Trump spent the past six weeks furiously trying to downplay the threat of the coronavirus to the United States, even as medical experts warned that it was a mounting crisis.

Now Republicans for the Rule of Law, a group of anti-Trump conservatives who backed the president's impeachment, has released a new ad that contrasts the president's happy talk about the threat of the virus with an ever-accelerating number of confirmed infections in the United States.

It starts out back in January, back when there was just one confirmed case, when Trump said that he was not at all concerned about a pandemic striking the U.S.

By February 25th, however, there were 51 confirmed cases -- and this was the very same day that White House economic adviser Larry Kudlow infamously declared the virus "contained."

A little over a week later, the number of cases had surged to 262 -- and the president quickly shot down a reporter's that his administration wasn't taking the disease seriously.

Just four days after that, the president said that his administration's handling of the virus was "really working out," even as the number of cases surged to 959.

And then on March 15th, a mere five days later, the number of cases grew to nearly 3,500 -- and the president said that the virus was "something that we have tremendous control over."