BUSTED: 'Dead Sea Scroll' exhibit at right-wing supported Museum of the Bible is filled with fakes 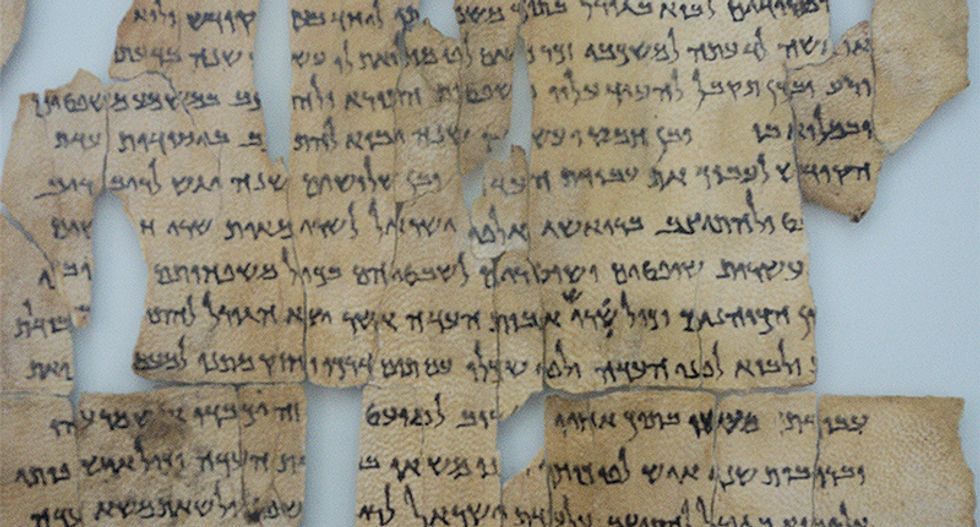 The National Geographic revealed in a story on Friday that what the Museum of the Bible has claimed are fragments of the Dead Sea Scrolls are a complete fraud.

The museum, founded by Hobby Lobby CEO Steve Green, already faced problems when they were "forced to forfeit thousands of cuneiform texts from Iraq, and pay a $3 million fine for illicit importation," reported Politico.

Now the museum is back in the news as independent researchers funded by the museum announced that all of the 16 fragments are forgeries. The museum says that they were duped by the collector and Green, as well as biblical scholars.

The museum researchers released a report of over 200 pages detailing how "these fragments were manipulated with the intent to deceive," said fraud investigator Colette Loll.

"The new findings don't cast doubt on the 100,000 real Dead Sea Scroll fragments, most of which lie in the Shrine of the Book, part of the Israel Museum, Jerusalem," said National Geographic. "However, the report's findings raise grave questions about the 'post-2002' Dead Sea Scroll fragments, a group of some 70 snippets of biblical text that entered the antiquities market in the 2000s. Even before the new report, some scholars believed that most to all of the post-2002 fragments were modern fakes."

"Once one or two of the fragments were fake, you know all of them probably are, because they come from the same sources, and they look basically the same," said Norway's University researcher Årstein Justnes, who has tracked the post-2002 pieces.

"It really was—and still is—an interesting kind of detective story," says Jeffrey Kloha, the Museum of the Bible's chief curatorial officer. "We really hope this is helpful to other institutions and researchers because we think this provides a good foundation for looking at other pieces, even if it raises other questions."

Read the full expose at the National Geographic.

Religion & Politics Science
Report typos and corrections to: corrections@rawstory.com.
Like this article ? Text `Support` to 50123 to donate.
READ COMMENTS - JOIN THE DISCUSSION