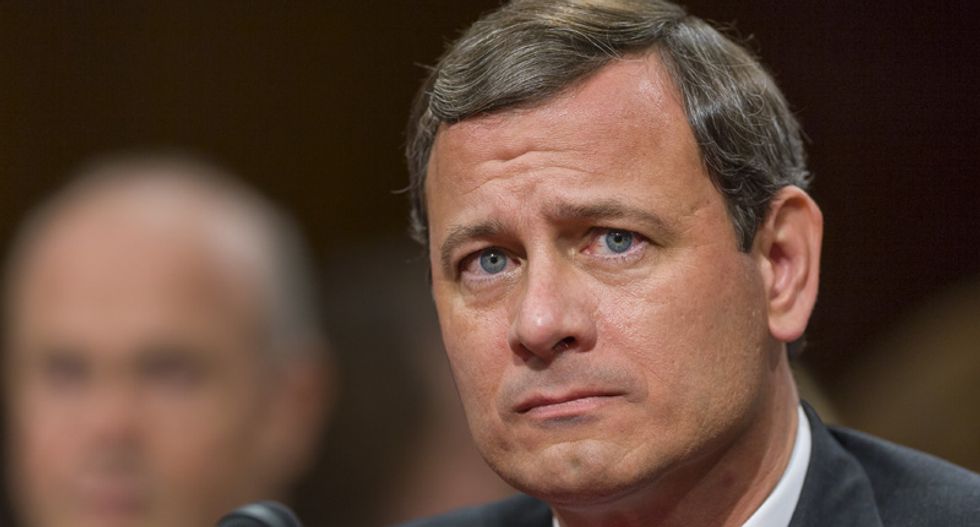 Conservatives are a bit miffed over Milwaukee U.S. district Judge Lynn S. Adelman, who's taking the Supreme Court and Chief Justice John G. Roberts Jr. to task for past decisions that promote "economic inequality" in an article that's scheduled to be published in an upcoming issue of the Harvard Law & Policy Review.

In the article, Adelman writes that Roberts' promise to be a neutral arbiter on the Supreme Court was a “masterpiece of disingenuousness,” adding that the court under Roberts “has been anything but passive” as its “hard right majority” has actively participated in “undermining American democracy.”

"Indeed, the Roberts Court has contributed to insuring that the political system in the United States pays little attention to ordinary Americans and responds only to the wishes of a relatively small number of powerful corporations and individuals," Adleman writes.

As the Washington Post points out, Adelman was appointed by President Bill Clinton in 1997 and is a former Democratic state senator in Wisconsin and Legal Aid Society trial lawyer.

According to Adelman, the Supreme Court under Roberts has decided a number of cases which "constitute a direct assault on the right of poor people and minorities to vote."

"Further, it has failed to rein in the anti-democratic practice of partisan gerrymandering," he continues. "The second way in which the Court’s decisions have undermined democracy is that they have unfailingly increased the economic and political power of corporations and wealthy individuals and reduced that of ordinary Americans and entities which represent them, like labor unions."

Speaking to the Washington Post, Adelman offered no apologies for his blistering critique, saying that it's "totally appropriate to criticize the court when there’s a basis for it."

“Judges are encouraged to comment on the law because we have a particular interest, knowledge and familiarity," he added.

You can download and read the article in full here.