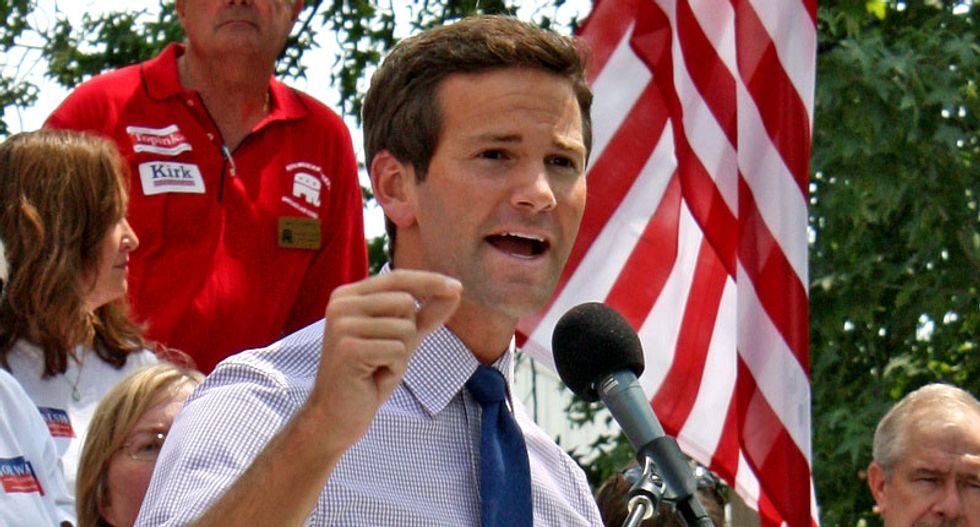 A disgraced former Republican congressman has come out as gay.

Aaron Schock, who resigned in 2015 after he was charged with 24 felony counts related to misuse of campaign funds, announced on his personal blog that he had decided to live openly as a gay man, and tried to justify his past votes against LGBTQ rights.

"I am gay," Schock wrote. For those who know me and for many who only know of me, this will come as no surprise. For the past year, I have been working through a list of people who I felt should finally hear the news directly from me before I made a public statement. I wanted my mother, my father, my sisters, my brother, and my closest friends to hear it from me first."

Now that he's made those private announcements, Schock decided to go public.

"I can live openly now as a gay man because of the extraordinary, brave people who had the courage to fight for our rights when I did not: community activists, leaders, and ordinary LGBT folks," Schock wrote. "Gay bloggers who rallied people to our cause. I recognize this even in the face of the intense and sometimes vicious criticism that I’ve received from those same people."

"The truth is that if I were in Congress today, I would support LGBTQ rights in every way I could," he added. "I realize that some of my political positions run very much counter to the mainstream of the LGBTQ movement, and I respect them for those differences. I hope people will allow for me the same."