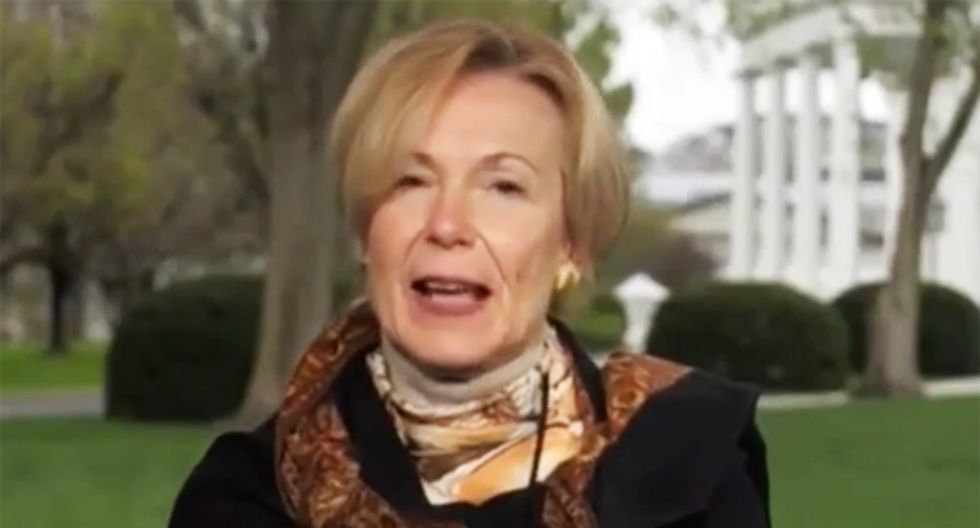 Addressing comments made earlier in the week by Dr. Deborah Birx who is serving on Donald Trump's task force working in the coronavirus pandemic, MSNBC host Joy Reid rolled her eyes and stated she has lost credibility.

Rolling a clip of the doctor stating, "He [Trump] been so attentive to the scientific research and data and I think his ability to analyze and integrate data that comes out of his long history in business has really has been a real benefit during these discussions about medical issues," the "AM Joy" host dryly added, "C'mon, lady."

"Attentive to the scientific data?" she asked. "Dr. Deborah Birx was known as a legend in the fight against HIV/AIDS before she came into contact with President Donald Trump and now her credibility is dying. "

"That appearance on Christian Broadcasting television is one example of the lengths, even the experts around Trump, often have to go to in order to appease him, even if it means saying things that aren't true to avoid being attacked or silenced or fired," she continued. "Trump has spent much of the crisis not trying to repair the damage and delaying the U.S. response, but by attacking Democratic governors who are trying to manage this pandemic and make up for his failures to save the lives of their constituents."

"Trump is, unfortunately, not the only one misleading the American public in ways that could be dangerous," she added.