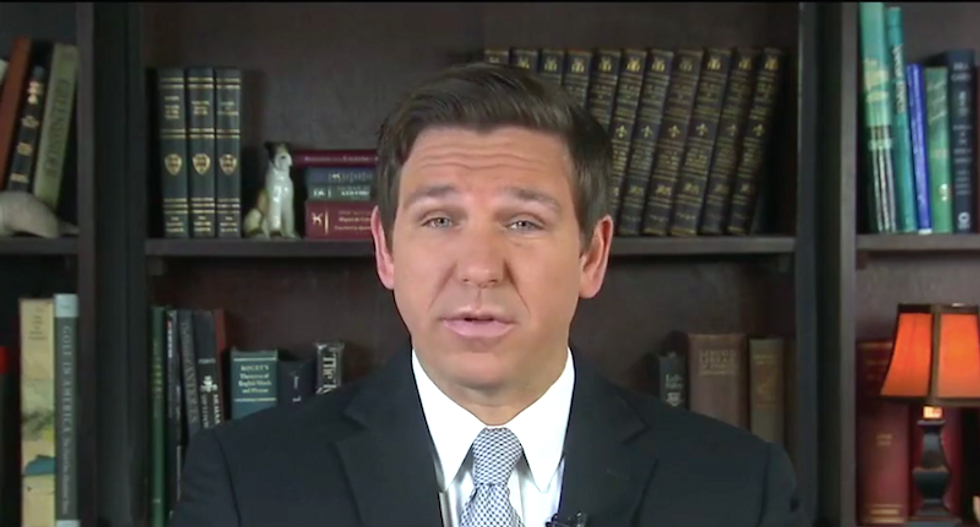 Florida Gov. Ron DeSantis (R) appears to be blaming the president for the reason that he hasn't issued a stay-at-home order.

According to Bay News 9 reporter Samantha-Jo Roth, DeSantis passed the buck to the feds when speaking about the coronavirus crisis, noting the White House task force has not told him that he should issue a statewide order.

"The task force is not recommending this. If they do, that’s something that would carry a lot of weight with me," DeSantis said.

President Donald Trump has told governors that they are in charge of their own state and he isn't going to direct a nationwide order. Governors must decide for themselves.

Dr. Anthony Fauci, a key member of Trump's advisory committee and the coronavirus task force, has instructed the president that a stay-at-home order is very important.

During an NBC News interview, Fauci told the country that Americans will likely need to stay home for at least several more weeks. That was guidance for all Americans, including Florida.

“I cannot see that all of a sudden, next week or two weeks from now it's going to be over. I don't think there's a chance of that," he said. “I think we should do everything we possibly can do. I mean, in all sectors, because obviously as I've said so many times, when you think you're maybe overreacting, you probably are not acting as forcefully as you should. So as we've always said, we've got to try very much to stay ahead of the curve.”

It's unclear what DeSantis is using for information, but a Google search of Dr. Fauci's name with "stay at home" results in many statements from the task force about the importance of staying home.