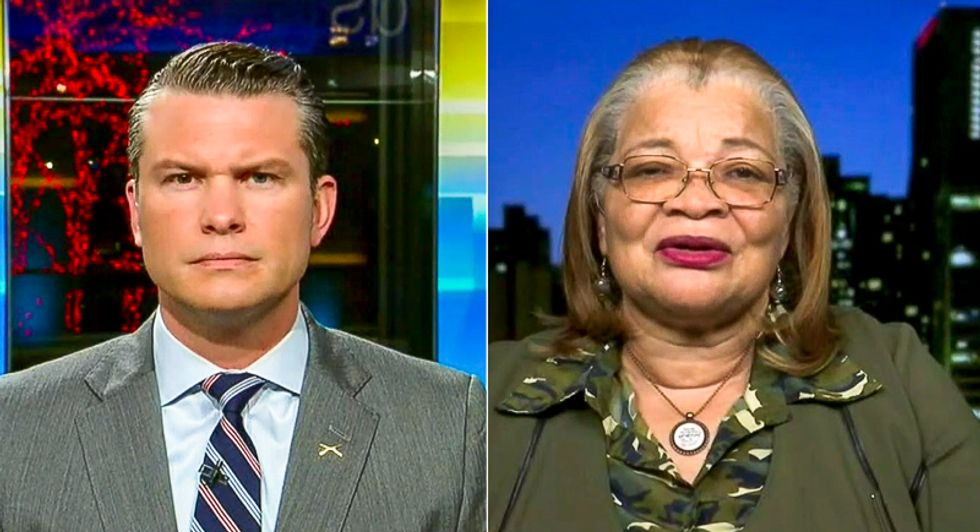 Evangelist Alveda King told Fox News viewers on Sunday that the novel coronavirus is part of a "plot" to unleash "biological warfare" on the planet.

On Sunday, King appeared on Fox & Friends to praise President Donald Trump for declaring a national day of prayer to combat the pandemic.

"President Trump is reminding us to be wise," King told Fox News host Pete Hegseth. "I think he said that a vaccine is on the verge and some other types of precautions... That should be very comforting for us."

(In fact, a COVID-19 vaccine will take at least 18 months to develop, according to the World Health Organization.)

King continued: "In my prayer, [I say], 'God is this you doing this for judgement?' And then I went to Psalms 2 and it says the rulers and the kings of the Earth get together and plot and do certain kind of things."

"So, evil people -- it seems as though biological warfare was involved in this to some degree," she added. "I'm not a conspiracy theorist and I don't want to make up anything."

"Yeah, we don't know that," Hegseth interrupted. "I get that."

"We don't," King agreed. "I think this is human error, not God trying to [punish] America."