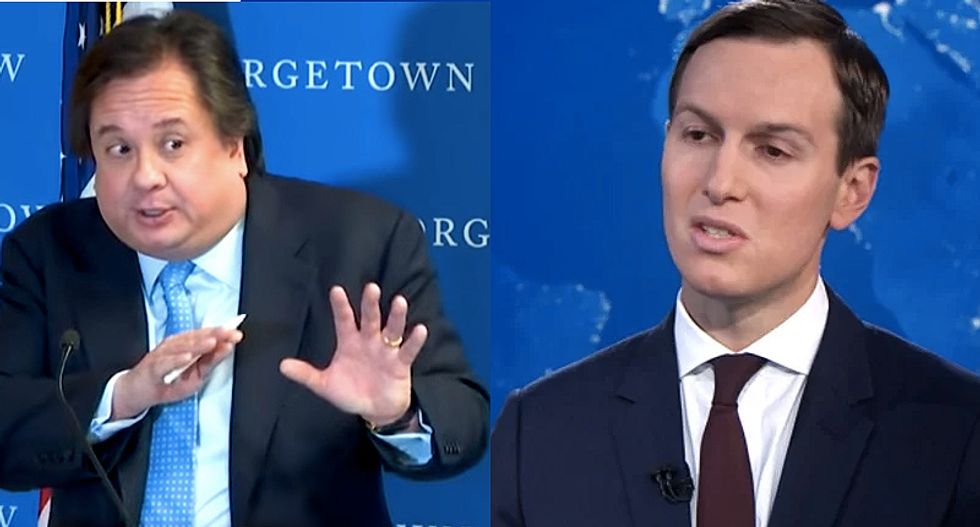 Kushner, who doesn't have any medical training, experience in curing diseases, or even government is reportedly reading a lot about the virus.

"There's no deadline for a decision, but one of the people familiar with the talks said the task force will not give [President Donald] Trump its final verdict until Jared Kushner, the president's senior adviser and son-in-law, finishes his research and comes to a conclusion himself," said Politico.

Conway responded to news that Kushner was taking over by asking if he would reach a "comprehensive peace agreement with the virus." Kushner was tasked with achieving Middle East peace when Trump first took office. After reading about two dozen books, Kushner crafted a plan, which has been denounced by the Palestinians.

This is good. Jared will reach a comprehensive peace agreement with the virus. https://t.co/18t8ovpRgS
— George Conway (@George Conway)1583973337.0