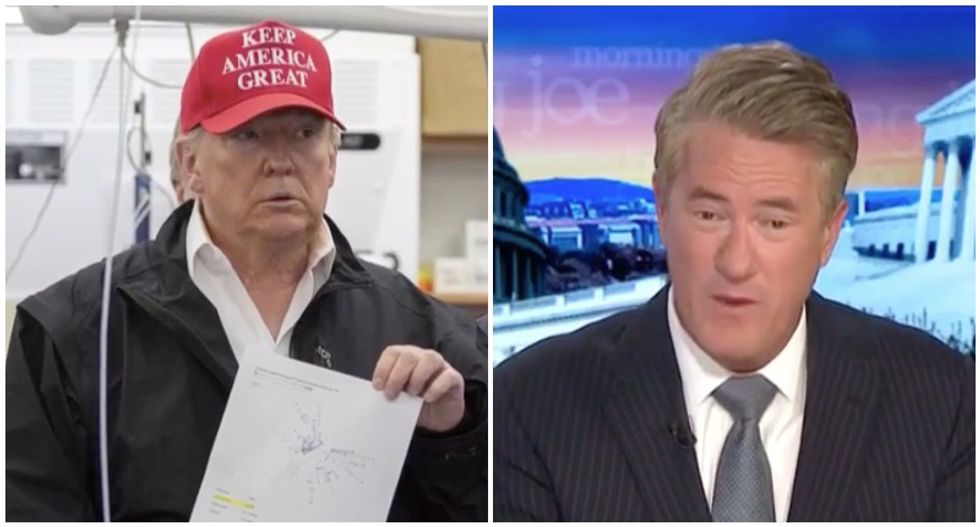 The "Morning Joe" host noted that some of Trump's closest allies are now in self-quarantine after coming into contact with an infected individual at CPAC, and his denials are putting Americans at risk.

"People in America are slowly but surely waking up to the real concerns," Scarborough said. "They need to have them, especially for parents, grandparents, people of certain ages, people with underlying health conditions. What is concerning me right now is, especially because of the Dow drop yesterday, you have people running around on television saying that the coronavirus is a hoax. It is just like impeachment. That it is just like the Mueller report."

Trump successfully skated past those challenges by giving his supporters permission to ignore the evidence, but Scarborough said that wouldn't work with a viral outbreak.

The actions of new White House chief of staff Mark Meadows and other Republicans who came into contact with the coronavirus patient shows they know it's not just a hoax, Scarborough said.

"Why is Ted Cruz going to be in a self-quarantine for 14 days?" Scarborough said. "Because if I'm with you in the same room, and you have the flu, and you go, 'I have to go home, I have the flu,' I go, 'Oh, that's too bad' -- I keep working. right? But they -- now, because they understand, as Ted Cruz said, 'Please understand how important this is, how serious this is -- follow science, follow medical advice.' They self-quarantine."

Rep. Matt Gaetz (R-FL) learned he also had exposure and stayed away from the president on their shared flight together.

"Why would somebody on Air Force One yesterday from Congress on the plane, and the second he gets a call and finds out that he had exposure, just mere exposure to the coronavirus, they immediately whisked him to a part of Air Force One and basically shut him off in a room," Scarborough said. "Now he's self-quarantined, as well. They can say it is just like the flu, they can say it's a hoax. I'm just curious, why doesn't the president, if he really believes that, why doesn't he have his chief of staff come in and sit down and brief him today? Why doesn't he call Ted Cruz and tell Ted to come on up and come in his office today and have a talk with him? Sit down for an hour or two and maybe work through some of these things. Maybe they can be in a small, contained office.'

"You know why? Because Donald Trump understands it's not the flu," he added. "He understands that this is an epidemic, some people are calling it a pandemic. Unless we take those safe precautions that some Donald Trump supporters are suggesting we don't take, then our health care system is going to look like the stock market looked like yesterday. A lot of senior citizens, be they Republicans or Democrats, are going to get infected -- they're going to die. The recklessness, the partisanship, the false alternatives, the false realities that these people try to spin out of the White House, these Trump supporters try to spin, let's just call it what it is. It is irresponsible, and it is deadly, especially for our senior citizens."