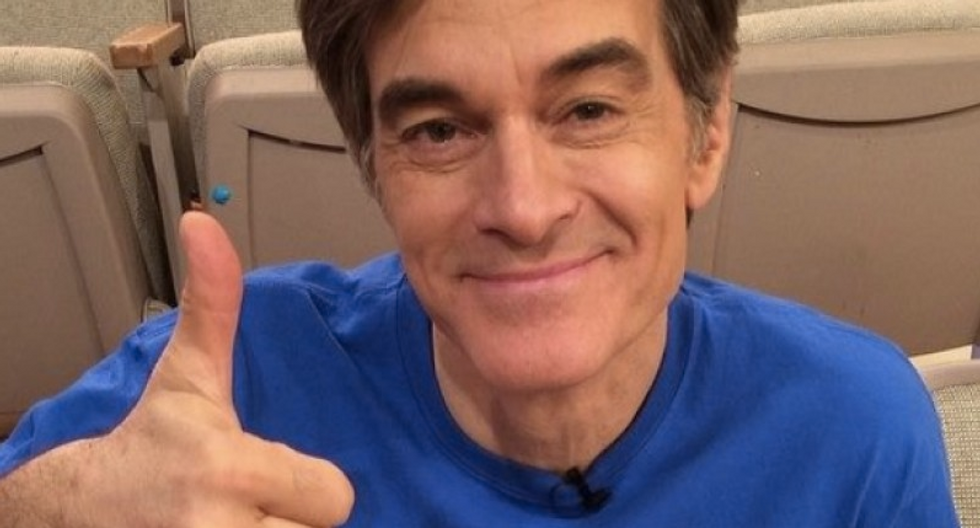 Television doctor Mehmet Oz has been prominently featured by NBC News as a coronavirus expert.

The thoracic surgeon has been dispensing advice on the "Today" show as part of the network's "coronavirus crisis team," but the former Oprah Winfrey protégé has a history of doling out scientifically dubious claims on his own syndicated program, reported The Daily Beast.

“He’s just a quack,” said physician and researcher Henry I. Miller, one of Oz's most outspoken critics. “He’s been dishonest and he has been dispensing misinformation to millions now for years. I wouldn’t trust any of his observations, and don’t see how he would have responsible and valid views on coronavirus.”

The 59-year-old Oz has been recommending "Today" viewers to wash their thumbs and fingertips to prevent the spread of the virus -- which is medically valid -- but he's also been contradicting himself about the risks of traveling during the outbreak for those over age 60.

“If I was younger I would go ahead and travel, but if I was older, I wouldn’t—and would avoid crowded places,” Oz told "Today" co-host Craig Melvin. “Why take a chance?”

“He can go anywhere he wants, do not make decisions based on fear," Oz said on "Access Daily." "We’ve got to live our lives.”

NBC News declined to comment on Oz's role in the network's coronavirus coverage, and the physician defended his work.

"There are lots of detractors in life who have trouble hearing the truth or engaging in difficult debates about multi-sided topics," Oz told The Daily Beast in a statement. "I have spent my career with the belief that knowledge is power and I have never shied away from that mantra. We are in the midst of one of the biggest epidemics in recent time and my focus is on educating and calming a fearful public. That’s what we all should be focused on right now.”