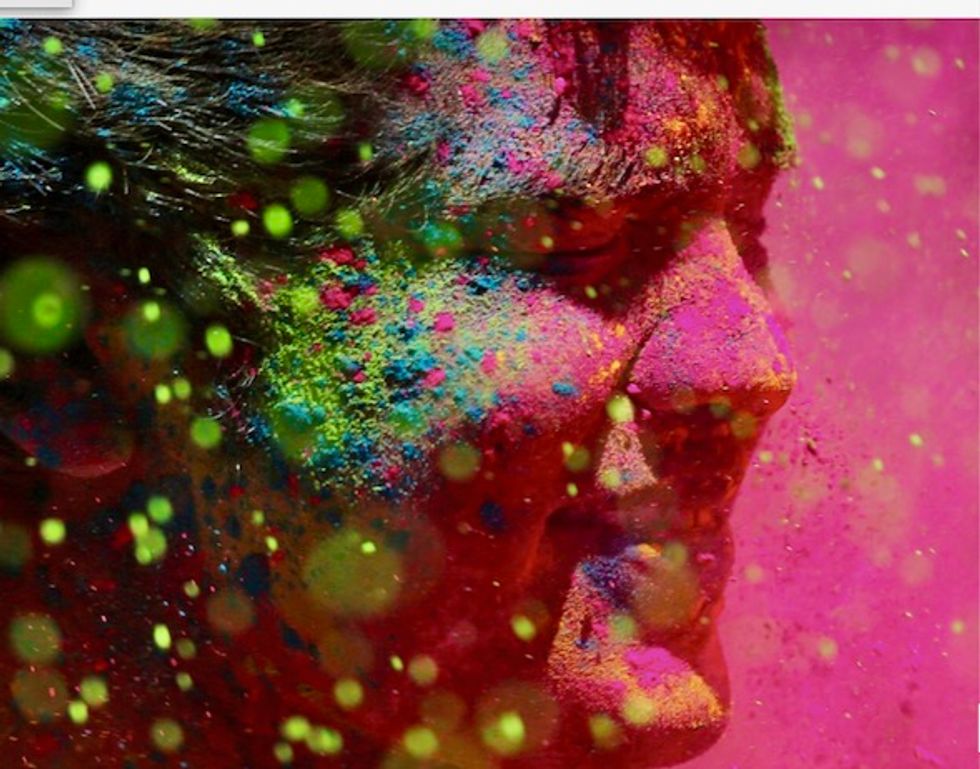 A man daubed in colours reacts as colour powder is thrown towards him during Holi celebrations in Mumbai, India, March 21, 2019. REUTERS/Francis Mascarenhas

Thousands of Indians welcomed spring in a rainbow of colours Thursday, celebrating the annual festival of Holi even as Prime Minister Narendra Modi said he would stay away from festivities due to the coronavirus outbreak.

The ancient Hindu festival of Holi, which heralds the end of winter and the victory of good over evil, will be marked with a national public holiday in India on Tuesday, when revellers pour onto the streets.

But the outbreak of the virus, which has led to 30 positive cases so far in the country, has led the government to caution against mass gatherings.

"Experts across the world have advised to reduce mass gatherings to avoid the spread of COVID-19 Novel Coronavirus," Modi tweeted Wednesday.

"Hence, this year I have decided not to participate in any Holi Milan programme."

Revellers in Nandgaon village in Uttar Pradesh state shook off their fears and kicked off the festival a bit early with celebrations on Thursday, telling AFP they didn't want the virus to curb their activities.

"If we get worried... we should stay home and not do anything, because the virus is over here, but that's not how life goes," said Preggya, a 23-year-old student.

"We just have to take precautions and everything will be fine."

A 41-year-old Italian tourist who gave his first name, Mauro, said: "We need to be reasonable (in) handling the issue."

"I think it is a serious thing, but I think it's become too serious... the way they are handling (it)," he added.

More than 97,000 people have been infected and over 3,300 have died worldwide from the virus, which by Thursday had reached more than 80 countries and territories.

Celebrated mainly in India, Nepal and other countries with large Hindu populations, Holi falls on the last full moon of winter.