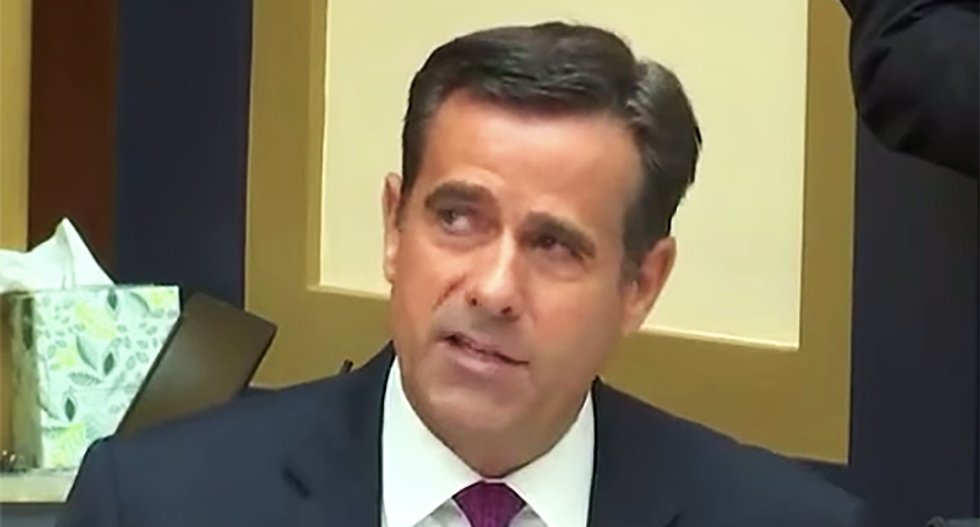 According to a report in Politico, the U.S. intelligence community is eyeing Donald Trump new appointee to head up the Office of the Director of National Intelligence with suspicion over concerns he may bury their work if he feels it will displease the president.

The report notes that Rep. John Ratcliffe (R-TX) was proposed for the DNI job previously but withdrawn over his lack of experience in intelligence, but that didn't stop the president nominating him again.

With that in mind, Politico reports the intel community is still not sold on the Republican considered a Trump "loyalist."

"With a grip on the President’s Daily Brief, broad discretion over the agencies’ responsiveness to Congress, and responsibility for intelligence community whistleblowing and source protection, the DNI can easily veer into the political and revive the kind of friction that plagued its relationship with the intelligence community in its early days," the report states. "And Ratcliffe — an intel greenhorn with only one year of experience on the House Intelligence Committee and a résumé that now includes serving on Trump’s impeachment team — is the epitome of what intelligence officers 'reflexively' reject, said David Priess, a former CIA officer and daily intelligence briefer."

According to Priess, "Anyone who does not come with extensive intelligence experience is automatically and quickly viewed as a threat because of the risk of the politicization of intelligence.”

Politico goes on to note that some officials are going to take a wait and see approach to Ratcliffe based upon his defense of Trump during the president's impeachment trial, with an eye on how he treats their reports.

"What vexes intelligence veterans most, Priess said, is the prospect that a partisan director like Ratcliffe might take an active role in managing the President’s Daily Brief instead of letting analysts do their job — substituting his personal opinions for the consensus view of the $70-plus billion intelligence community," the report states, with Priess admitting, “That's the kind of thing that could prompt resignations of senior officials within the agencies."