It’s wrong to blame bats for the coronavirus epidemic 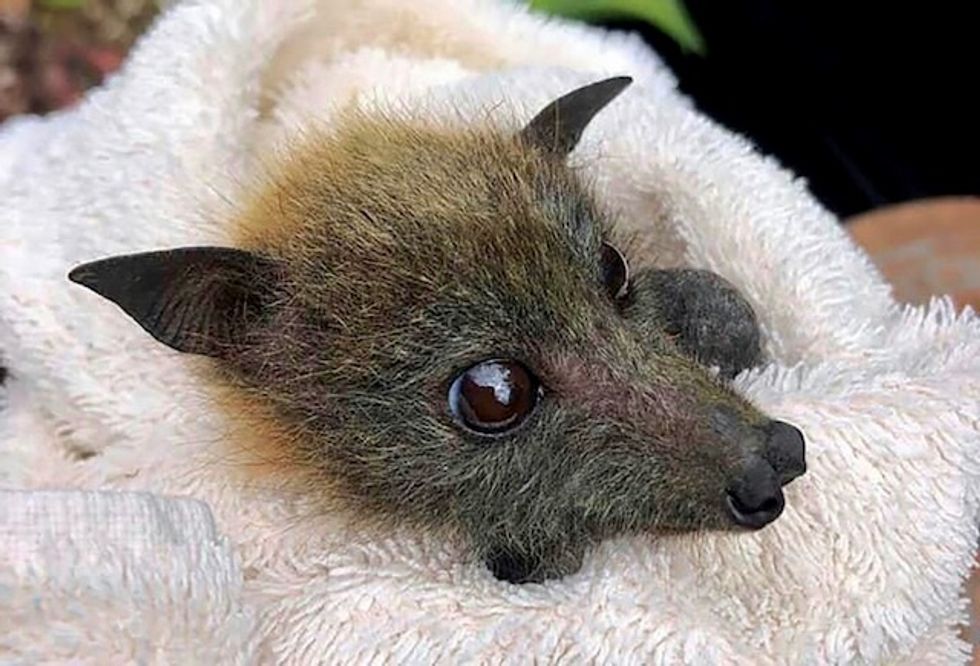 Genomic research showing that the COVID-19 coronavirus likely originated in bats has produced heavy media coverage and widespread concern. There is now danger that frightened people and misguided officials will try to curb the epidemic by culling these remarkable creatures, even though this strategy has failed in the past.

As an environmental historian focusing on endangered species and biological diversity, I know that bats provide valuable services to humans and need protection. Instead of blaming bats for the coronavirus epidemic, I believe it’s important to know more about them. Here’s some background explaining why they carry so many viruses, and why these viruses only jump infrequently to humans – typically, when people hunt bats or intrude into places where bats live.

The challenges of life as a bat

It’s not easy being the world’s only flying mammal. Flying requires a lot of energy, so bats need to consume nutritious foods, such as fruits and insects.

As they forage, bats pollinate around 500 plant species, including mangoes, bananas, guavas and agaves (the source of tequila). Insect-eating bats may consume the equivalent of their body weight in bugs each night – including mosquitoes that carry diseases like Zika, dengue and malaria.

Grey-headed flying fox feeding on flower nectar, Queensland, Australia. Its face is covered with yellow pollen, which it will spread to other flowers.

Bats convert these foods into droppings called guano, which nourish entire ecosystems, have been harvested for centuries as fertilizer, and have been used to make soaps and antibiotics.

Since fruits and insects tend to follow seasonal boom-and-bust cycles, most bats hibernate for long periods, during which their core body temperatures may fall as low as 43 degrees Fahrenheit (6 degrees Celsius). To conserve warmth, they gather in insulated places like caves, use their wings as blankets and huddle together in colonies.

When fruits ripen and insects hatch, bats wake up and flutter out of their roosts to forage. But now they have a different problem: Flying requires so much energy that their metabolic rates may spike as high as 34 times their resting levels, and their core body temperatures can exceed 104 degrees F.

To stay cool, bats have wings filled with blood vessels that radiate heat. They also lick their fur to simulate sweat and pant like dogs. And they rest during the heat of the day and forage in the cool of night, which makes their ability to navigate by echolocation, or reflected sound, handy.

The Congress Avenue Bridge in Austin, Texas, houses the largest urban bat colony in the world.

Humans are more closely related to bats than we are to dogs, cows or whales. But bats seem more alien, which can make it harder for people to relate to them.

Bats are the most unusual of the world’s 26 mammal orders, or large groups, such as rodents and carnivores. They are the only land mammals that navigate by echolocation, and the only mammals capable of true flight.

Many bats are small and have rapid metabolisms, but they reproduce slowly and live long lives. That’s more typical of large animals like sharks and elephants.

And a bat’s internal body temperatures can fluctuate by more than 60 degrees Fahrenheit in response to external conditions. This is more typical of cold-blooded animals that take on the temperature of their surroundings, like turtles and lizards.

Bats carry a range of viruses that can sicken other mammals when they jump species. These include at least 200 coronaviruses, some of which cause human respiratory diseases like SARS and MERS. Bats also host several filoviruses, including some that in humans manifest as deadly hemorrhagic fevers like Marburg and probably even Ebola.

Normally, these viruses remain hidden in bats’ bodies and ecosystems without harming humans. People raise the risk of transmission between species when they encroach on bats’ habitats or harvest bats for medicine or food. In particular, humans pack live bats into unsanitary conditions with other wild species that may serve as intermediate hosts. This is what happened at the Wuhan wet market where many experts believe COVID-19 emerged.

With a few exceptions, such as rabies, bats host their pathogens without getting sick. Recent media coverage attempting to explain this riddle has focused on a 2019 study suggesting that bats carry a gene mutation, which may enable them to remain healthy while harboring such viruses. But while the mutation may be of interest from a public health perspective, understanding where this novel coronavirus came from requires understanding what makes a bat a bat.

The blood vessels in bats’ wings (shown: fruit bats, Northern Territory, Australia) radiate some of the heat they generate while flying.

Why do bats carry so many diseases but seem unaffected by them? Genetic mutations that boost their immune systems may help. But a better answer is that bats are the only mammals that fly.

With thousands of bats crowded together licking, breathing and pooping on one another, bat caves are ideal environments for breeding and transmitting germs. But when bats fly, they generate so much internal heat that, according to many scientists, their bodies are able to fight off the germs they carry. This is known as the “flight as fever hypothesis.”

Bats may not always be around to eat insect pests, pollinate fruit crops and provide fertilizer. According to the International Union for the Conservation of Nature and Bat Conservation International, at least 24 bat species are critically endangered, and 104 are vulnerable to extinction. For at least 224 additional bat species, scientists lack the data to know their status.

Overharvesting, persecution and habitat loss are the greatest threats that bats face, but they also suffer from their own novel diseases. Since it was first documented in upstate New York in 2007, the fungal pathogen Pseudogymnoascus destructans (Pd), which causes white-nose syndrome, has infected 13 North American bat species, including two listed as endangered.

Nobody knows where Pd came from, but the fact that several bat species seem never to have encountered it before suggests that people probably introduced or spread it. The fungus thrives in cool, damp places like caves. It grows on bats while they’re hibernating, causing such irritation that they become restless, wasting precious energy during seasons when little food is available. White-nose syndrome has killed millions of bats, including more than 90% of the bats in some populations.

Bats are extraordinary creatures that benefit people in myriad ways, and our world would be a poorer, duller and more dangerous place without them. They need protection from the cruel treatment and wasteful exploitation that also threatens human health.

[Our newsletter explains what’s going on with the coronavirus pandemic. Subscribe now.]