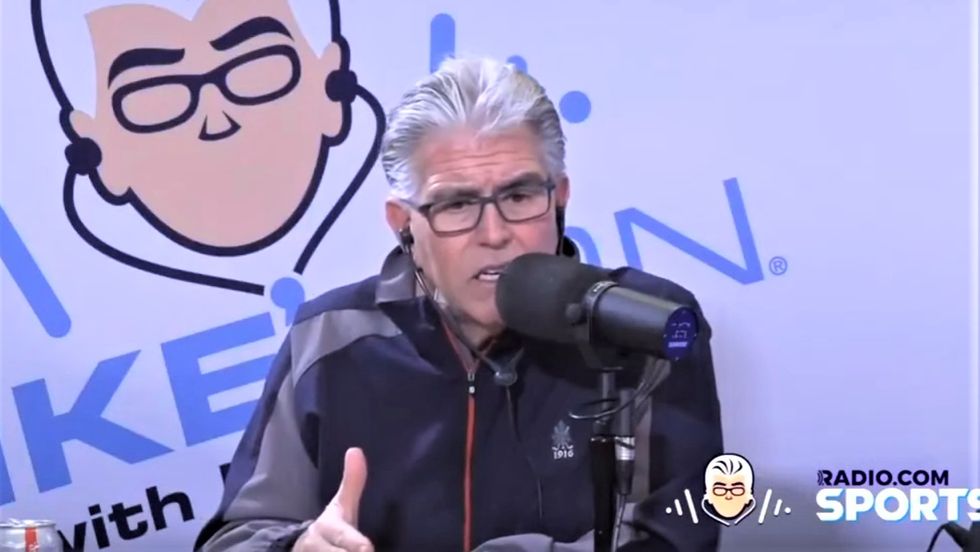 In an angry rant, Francesa hammered Trump for not being truthful with the American public about the dire situation facing New York hospitals.

In particular, Francesa was infuriated that Trump would accuse hospitals of intentionally hoarding supplies without offering any evidence to back up his claim.

"Yesterday [he] accused a hospital of padding the numbers they need because they were trying to sell, or send out the back door, the masks," he said. "You go investigate that. You have your military, your FEMA investigate that. That’s your job! You’re in charge of this! If this is a war, they’re stealing your supplies. What do you do, tell them, tell the media to go investigate it? What, and get back you in six weeks, two months, as more people die on a daily basis?"

Francesa then hammered Trump for bringing My Pillow CEO Mike Lindell to the White House to praise him for his handling of the crisis even as it worsens in the president's home state.

"So don’t give me the My Pillow guy doing a song and dance up here on a Monday afternoon when people are dying in Queens!" Francesa raged. "Get the stuff made! Get the stuff where it needs to go and get the boots on the ground. Treat this like the crisis it is."