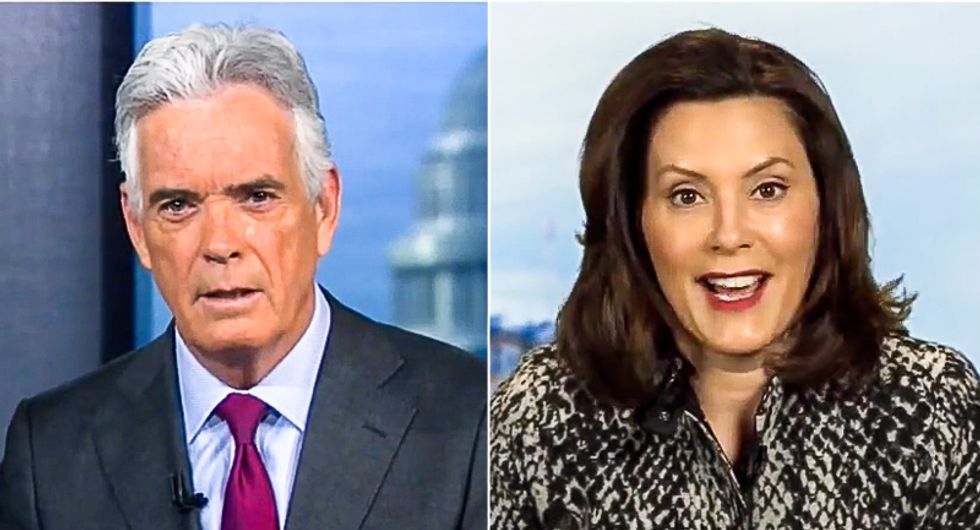 Michigan Gov. Gretchen Whitmer (D) said on Sunday that Republicans were to blame for an exemption that allows churches to gather in groups of 50 or more during the COVID-19 outbreak.

"One thing that kind of puzzles me is that you have limited groups of people to 50 or fewer," Roberts explained. "Yet, there is an exemption for places of worship. Why would a place of worship be any less likely to transmit diseases in a larger gathering than another place?"

"It's not," Whitmer agreed. "And we're discouraging people from gathering at all."

"So, why this exemption?" Roberts pressed.

"Well, you know, the separation of church and state, and the Republican legislature asked me to clarify that that's an area that we don't have the ability to enforce and control," Whitmer said. "We are encouraging people though, do no congregate."