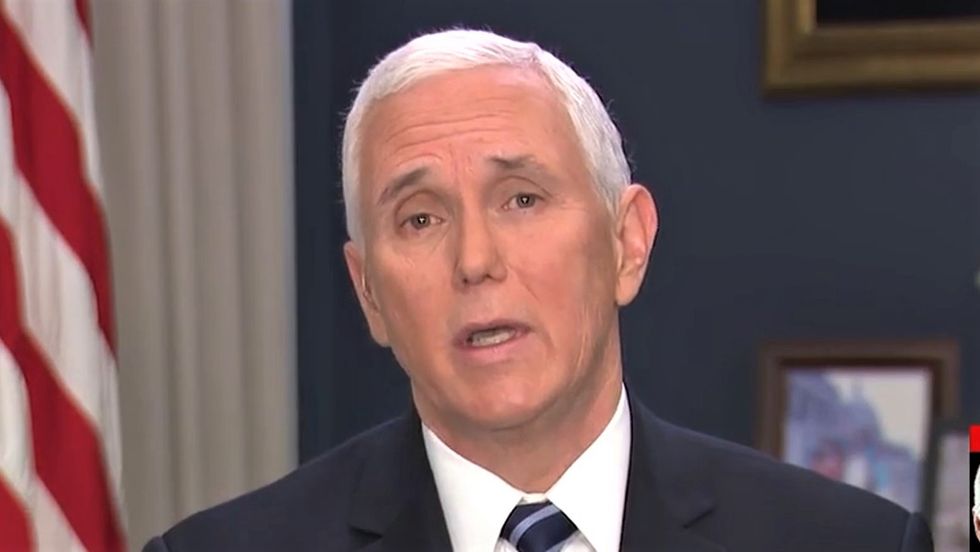 Vice President Mike Pence on Thursday squirmed after CNN's Alisyn Camerota confronting him with damning numbers about coronavirus testing in the United States.

During a lengthy interview, Camerota showed Pence numbers taken from the Centers for Disease Control's website that show the number of coronavirus tests being taken in the country have actually slowed down in recent days even as the number of total cases has increased.

"The numbers suggest that the most testing was done March 5th!" she said. "Then, as you move forward each day, it gets a little bit less... so why are the number of tests going down?"

"Well, I don't believe they are, Alisyn," Pence replied. "One of the things we're working on is a central reporting website where every state in the country and territory can let CDC and the American people know the number of tests."

Pence then tried to change the topic and talked about the role of the private sector in helping combat the virus, but Camerota steered him back to her original question.

"But if you're saying the CDC website numbers are wrong, how many tests have been conducted in the U.S.?" she asked.

"I'm not saying they're wrong, Alisyn, I'm saying they may not be complete because we don't necessarily today collect all the information from state laboratories," Pence replied.

"OK, but then they haven't been updated -- that's the same thing," Camerota said.

Pence then reiterated that they were working on a new website that would presumably deliver more up-to-date information.

"That's good to know, but how many tests would you say have been done?" she asked.

"Well, I would leave that to the experts," replied Pence, who two weeks ago was put in charge of overseeing the government's response to the pandemic.