Mitch McConnell: Impeachment 'diverted the attention of the government' away from coronavirus 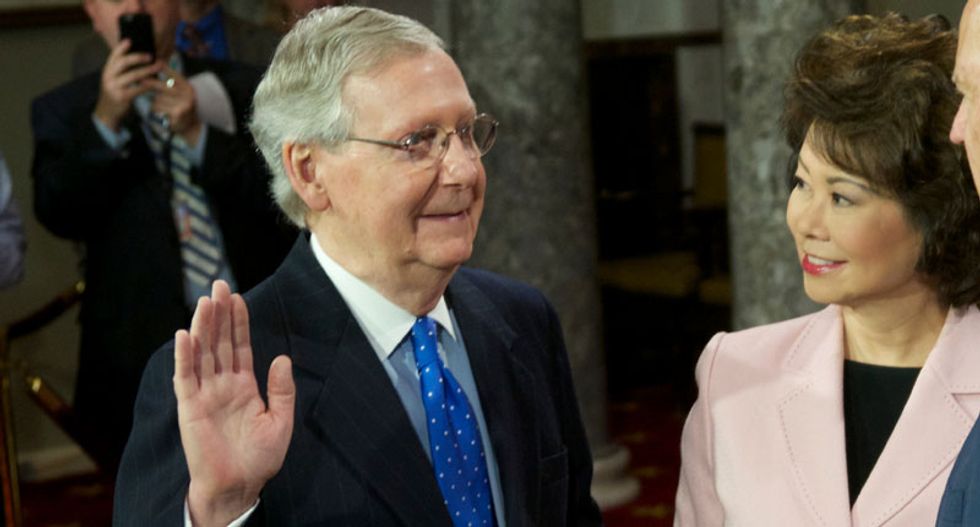 Senate Majority Leader Mitch McConnell (R-KY) suggested on Tuesday that the impeachment of President Donald Trump is to blame for the federal government's slow reaction to coronavirus pandemic.

During a radio interview, conservative host Hugh Hewitt noted that Sen. Tom Cotton (R-AR) was concerned about the virus early on because he does not trust China, where the outbreak began.

"He was first, and I think Tom was right on the mark," McConnell said before blaming his lack of action on impeachment.

"And it came up while we were tied down on the impeachment trial," he added. "And I think it diverted the attention of the government, because everything every day was all about impeachment."

"But Tom figured this out early, and he was absolutely right," the Majority Leader remarked.

Listen to the audio here.