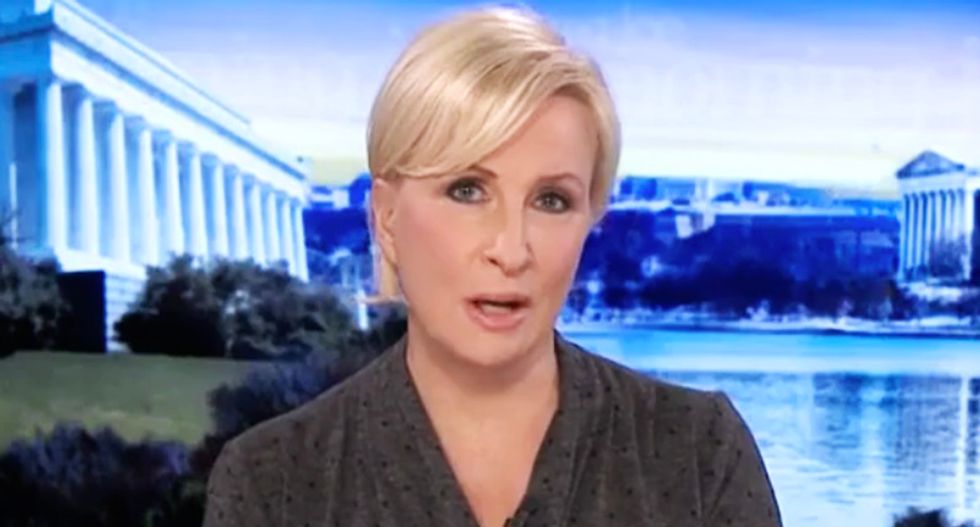 Reviewing Donald Trump's lies about the U.S. government's response to the coronavirus epidemic that appears to be on the verge of turning into a full-scale pandemic, Morning Joe host Mika Brzezinski stated that voters will remember how the president handled the health crisis when they go to the polls in November.

After sharing clips of Trump soft-selling the crisis while the head of the World Health Organization harshly warned that governments in multiple countries were not doing near enough, host Joe Scarborough attacked the president.

"Governments, including our own, I would say, especially our own, other than China, are responding in a clumsy, ham-fisted way and unfortunately just as you had with China the at the beginning of this outbreak, you have the president of the United States who actually is spreading disinformation, trying to tell everybody there's nothing to worry about, telling people to go back to work if they want to," the MSNBC host explained. "His words, go back to work while you have the coronavirus -- that is the quickest way to turn this epidemic into a pandemic. The president of the United States also this week saying that it will go away magically."

"You look at all of his statements and almost as if Donald Trump is actively working to tank the stock market -- it keeps collapsing for a reason," he added.

"So, his advisors, people say it's not right for him to lie about this or to mischaracterize it," co-host Brzezinski inserted. "The rubber will meet the road for this president politically. This is where his lies don't work for people at all and that will be uniform across America, including his people."