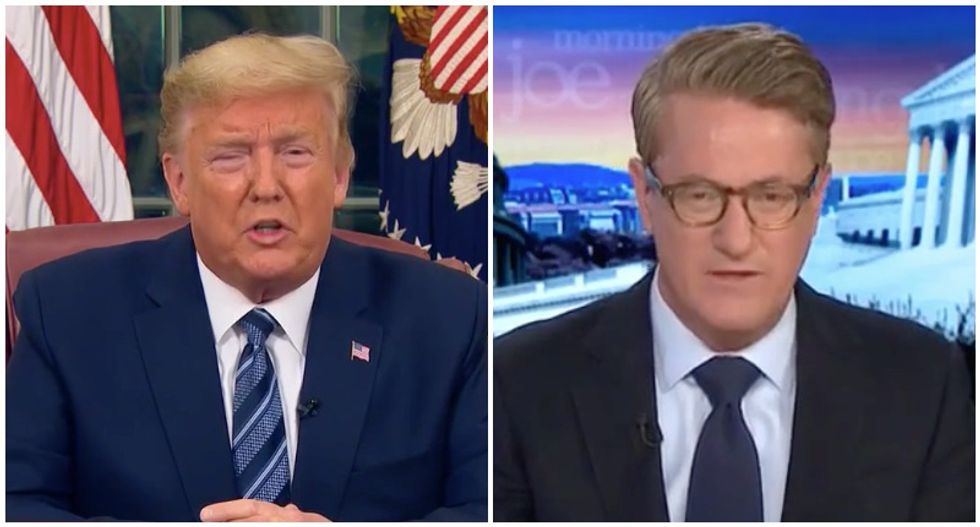 MSNBC's Joe Scarborough was not reassured by President Donald Trump's speech on the coronavirus pandemic.

The "Morning Joe" host ripped the president for highlighting his administration's ban on travel from Europe, rather than focusing on and expanding testing for the virus, and said Trump still doesn't seem to understand the severity of what the world is facing.

"Health care officials are fine with bans from other countries," Scarborough said, "fine with, you know, trying to keep more infected people out of the United States, right? If that's what you're leading with, a ban, if that's your focus, you don't understand, as somebody said last night on Twitter, that the killer is already inside the house."

Scarborough compared the president's remarks to George W. Bush's "unsettled" speech hours after the terrorist attacks on Sept. 11, 2001, but he said Trump won't be able to turn things around like his predecessor did nearly 20 years ago unless he fully appreciates the nature of this public health threat.