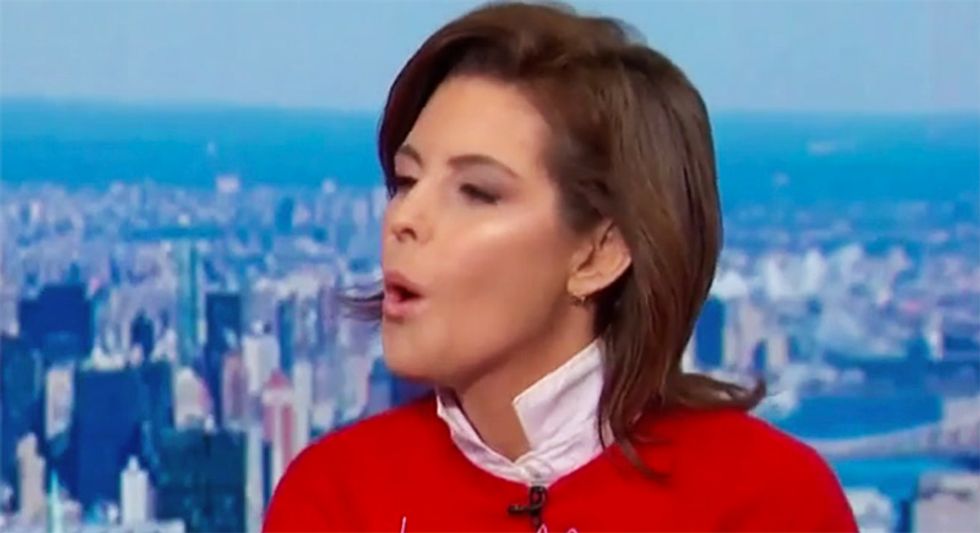 Appearing with her former co-host Ali Velshi on MSNBC on Saturday morning, Stephanie Ruhle passionately criticized Donald Trump for being more concerned with how the stock market is doing in relationship to the growing coronavirus epidemic than he is with Americans growing sick from it.

"We've talked for the last three years about how many millions of Americans don't have $400 in case of an emergency and this is that emergency," Ruhle began. "The president has been talking about the Dow more than the Dow 30 CEO's have. Just yesterday, Elon Musk was tweeting panic is dumb. I don't disagree but where you stave that off is at the top."

"This is the first time where we're facing a potential crisis whether, ebola or SARS, there are no trusted voices at the top, "she continued. "This is a president who has told mistruths, lies. Just yesterday, touting his natural ability as a medical expert."

"He is discounting what health experts have said and dismantled agencies that are in place to protect people. So, at a time like this, ask yourself who is the person inside the administration who business leaders are connected to and are talking about what is a reasonable response?" Ruhle asked. "For everyone saying businesses are overreacting with all the cancellation --- if I'm a CEO, I can handle my stock going down a ton. I cannot handle people truly getting sick, and so they are looking at the president and what he is saying and are in dismay."