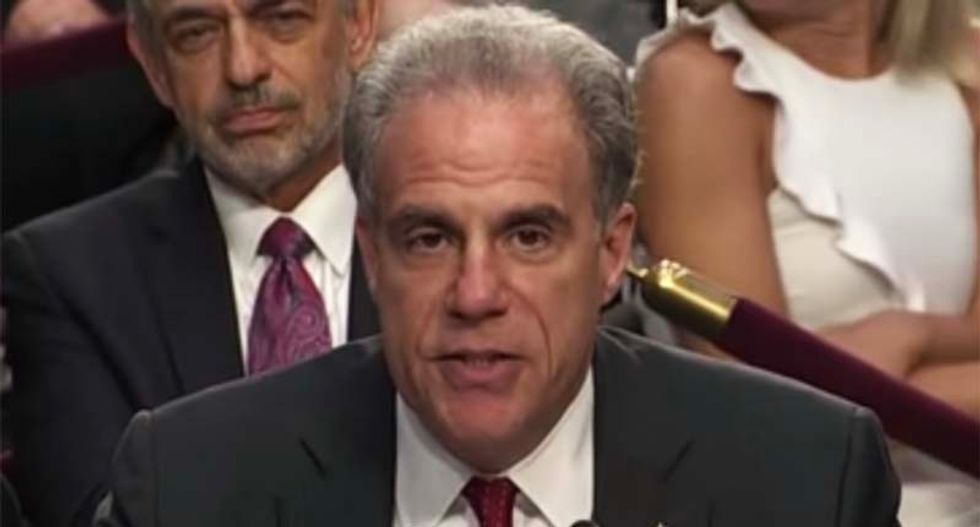 Though they’ve since been swept away by other, more pressing news, President Donald Trump’s attack on the FBI and Justice Department have previously commanded national attention.

But a little-noticed memorandum from Justice Department Inspector General Michael Horowitz released on Tuesday blew yet another major hole in one of the central conspiracy theories Trump and his fans have used to bludgeon the FBI. At the same time, it revealed a much more disturbing state of affairs than was previously known at the bureau and should, if properly understood by lawmakers and the public, prompt urgent calls for reform.

To review: Trump and his allies, in anger about former Special Counsel Robert Mueller’s Russia investigation, have charged that the entire probe was a political hit job started under the Obama administration. There are far too many holes and flaws in these theories to review here; instead, I’ll focus narrowly on the allegations about Carter Page. Page was an adviser to the Trump campaign with ties to Russia, and when the FBI launched its investigation of Russian attempts to influence the election and potentially the Trump campaign, he became one of four key subjects of the probe. After he had left the campaign, investigators on the case used the FISA authorities, which allows secretive surveillance of Americans under narrow conditions with the review of a judge, to obtain information about Page they couldn’t otherwise access.

Many Trump defenders have charged this was an abusive use of law enforcement to target a political campaign, while others argued it was a reasonable step under the circumstances. IG Horowitz released a report that indicated both sides in this dispute were wrong. The applications to surveil Page were riddled with errors and omissions that all made him look more suspicious than he otherwise would have appeared. But Horowitz also concluded that there was no reason to believe investigators were driven by political bias against Page or Trump, and he found that the investigation of Page and the campaign as a whole was properly predicated.

Still, right-wing defenders of the conspiracy theories claimed vindication from the report. But Horowitz admitted during congressional testimony that the Page case was the first review he had ever conducted of a FISA application. I argued at the time that this was deeply concerning and that the errors in the Page case might, disturbingly, be par for the course.

The new memo indicates this is the case.

Horowitz said he has selected 29 FISA applications to review. Four of these couldn’t even be assessed to see if they complied with the relevant procedures because the bureau was unable to locate the proper files. In the other 25 applications, his team “identified apparent errors or inadequately supported facts.”

“While our review of these issues and follow-up with case agents is still ongoing—and we have not made materiality judgments for these or other errors or concerns we identified—at this time we have identified an average of about 20 issues per application reviewed, with a high of approximately 65 issues in one application and less than 5 issues in another application,” he wrote.

This suggests the Page application may not even be close to the most egregious misuse of the FISA process. And as Ben Wittes of Lawfare noted:

It’s worse even that that sounds. The reason is that Horowitz calls his “initial review . . . consisted solely of determining whether the contents of the FBI’s Woods File supported statements of fact in the associated FISA application; our review did not seek to determine whether support existed elsewhere for the factual assertion in the FISA application (such as in the case file), or if relevant information had been omitted from the application.” In other words, “our review was limited to assessing the FBI’s execution of its Woods Procedures, which are not focused on affirming the completeness of the information in the FISA applications.” In short, there are very likely errors that would not show up in this initial screen—including, for example, if the information in the Woods File were itself incorrect.

There were other problems too: “About half of the applications we reviewed contained facts attributed to CHSs [confidential human sources], and for many of them we found that the Woods File lacked documentation attesting to [key] requirements.”

As Wittes noted, it’s not clear yet how substantial these errors are to the case for surveillance. But given their ubiquity, there’s little reason yet for optimism. Sloppiness in law enforcement is rarely a sign of otherwise scrupulous actions. And FISA, in particular — given its encroachment on civil liberties and lack of transparency — is supposed to be the most pristine of all law enforcement work.

So while Republicans have been screaming for years about an anti-Trump cabal in the FBI, it appears they’ve been completely ignoring — along with the rest of the government — the potential of something much worse: A virtually unchecked federal surveillance authority running amok, regardless of the target.