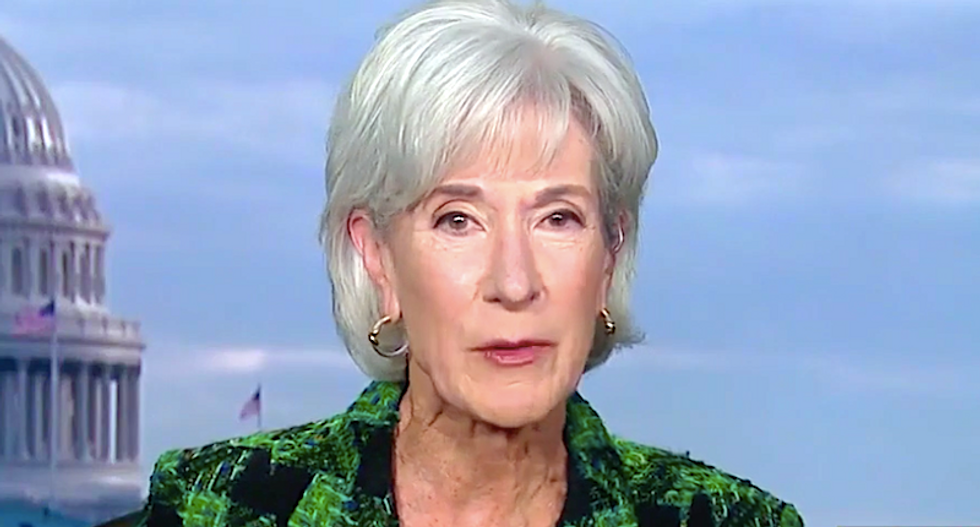 Kathleen Sebelius, who led the department under Obama from 2009 to 2014, lamented that the president was casting blame instead of taking responsibility for his administration's response to the COVID-19 outbreak.

"It's really unfortunately to have a president who continues to try to deny that we have an urgent health crisis in this country and find somebody else to blame," Sebelius told MSNBC's Yasmin Vossoughian. "Two days ago it was the Europeans at fault, now I guess it's somehow President Obama and our administration at fault."

Trump attacked his predecessor's response to the swine flu pandemic in 2009, which killed more than 12,000 Americans over a yearlong period, but Sebelius defended her work for the administration.

"We did deal with a novel strain of a flu, H1N1, which had not been seen before," she said. "We didn't have a vaccine, and it presented in Mexico. We were at the epicenter in the United States of this crisis. I think the good news is, we worked hard, got a vaccine available, had a massive national vaccination campaign. CDC estimates that about 61 million Americans were infected with H1N1 and the death rate was 0.002 percent, way lower than the common flu. So I think the news was very good."

Sebelius then compared that public health crisis a decade to the one Trump is attempting to manage.

"The economy did not shut down, we didn't have massive panic, but told people what we knew and what we didn't know and coordinated globally with our neighbors and partners on every step along the way," she said. "So I have no idea why the president would choose at this moment to try and find blame somewhere else for some other epidemic. There was massive testing done by the CDC. As I say, vaccine was available and a huge national vaccination campaign. We shared vaccine with countries around the world. So I think the world health community came together in a very coordinated fashion, sharing information, sharing medicines, making sure that we limited as much as possible the death toll. That sense of urgency has been missing."