Rep. Jeffries rips Florida's governor for blaming his COVID-19 mess on New York: 'Thousands of young people were partying' on your beaches 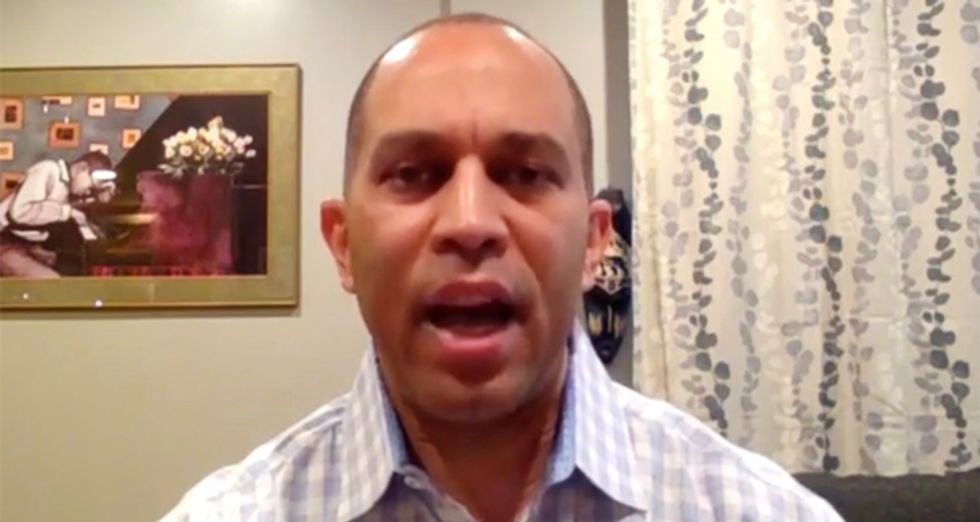 Appearing on "AM Joy" on Sunday morning, Rep. Hakeem Jeffries (D-NY) hammered Florida's Republican governor who is trying to isolate visitors from New York while trying to put the blame on them for his state's exploding coronavirus caseload.

Speaking with host Joy Reid, the lawmaker discussed the problems Donald Trump caused when he hinted at a complete shut down of New York's borders that the president later walked back, as well his problems with Florida Gov. Ron DeSantis.

This is the same guy who allowed thousands of spring breakers to wildly party on Florida beaches for days, shameless." host Reid said at the top of the segment. "I will point out, you know, as a former Florida resident, I can tell you Broward County, we called it the sixth borough because so many New Yorkers live there, live in the state, including Donald Trump, a Palm Beach resident. Your thoughts."

"Think about this," he began. "Governor DeSantis for weeks was in denial. So much so that effectively he kept the beaches open, thousands of young people were partying in close proximity, the very opposite of social distancing, it did great harm and detriment of the people of Florida and throughout the United States because many of these young people, of course, came from all over the country and some cases different parts of the world."

"So instead of trying to scapegoat New Yorkers, he should be trying to implement social distancing measures that make sense to protect the well-being of the people he serves in Florida," he continued. "But to your point, Joy, I think what we have seen is that the right-wing has taken on this mantra of trying to blame blue states whether that's California, New York, Washington in some cases, or engage in xenophobia and blame China and other instances, this is a very deadly disease that knows no boundaries, that's why we should all be coming together to try to conquer COVID-19."