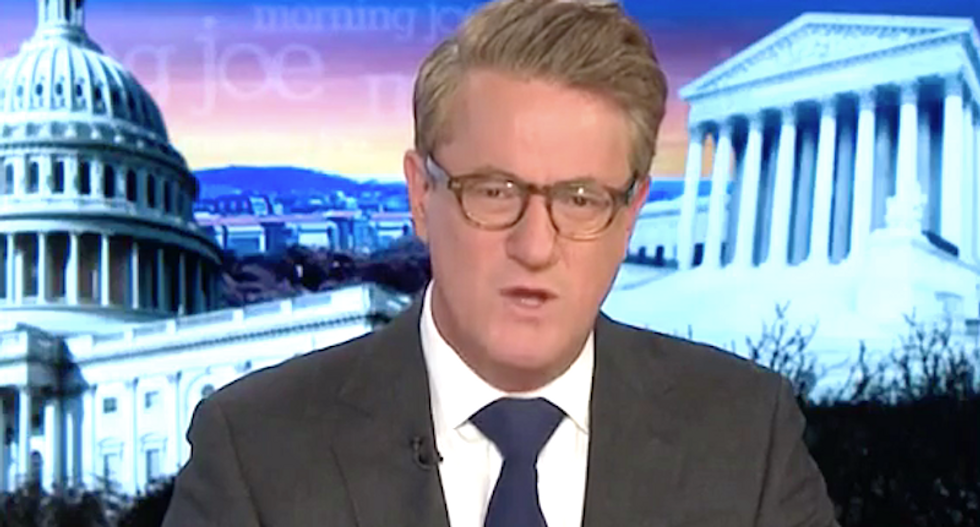 MSNBC's Joe Scarborough hammered President Donald Trump for downplaying the coronavirus, and blamed him for crowds continuing to gather over the weekend despite scientist warnings and mass closings.

The "Morning Joe" host said the president still doesn't seem to understand the seriousness of this public health crisis, and Scarborough said Trump's ignorance is going to carry grave risks for the public.

"It will change American life, but there's not a scientist, there's not a doctor -- I mean, I'm reading conservatives who have apologized for Donald Trump for three and a half years, when there was nothing left to defend, who are actually saying, 'This is serious, listen to the scientists,'" Scarborough said. "I mean, I'm seeing it on blog posts from pro-Trump people, I'm seeing it everywhere. Yet the president of the United States is still saying, 'We have this completely under control, it's going to be okay, things are going to disappear.'"

Scarborough said he's hearing from friends who don't take the risk seriously, and he was shocked by photos of crowds gathering at Disney World and other public spaces.

"Packed like sardines on Main Street in Disney World," he said. "You sit there thinking, I mean, just how many people there had the coronavirus and don't know about it. How many were they spread to? How many seniors are now going to die in the state of Florida and across the nation because people that would go last night say, the president says it is not a big deal."

"The president says it is not a big deal, then he gets his scientists telling us how serious this is going to be," Scarborough added. "People just listen to the president. He's still responsible for this chaos going on. Why can't he listen to his own scientists?"