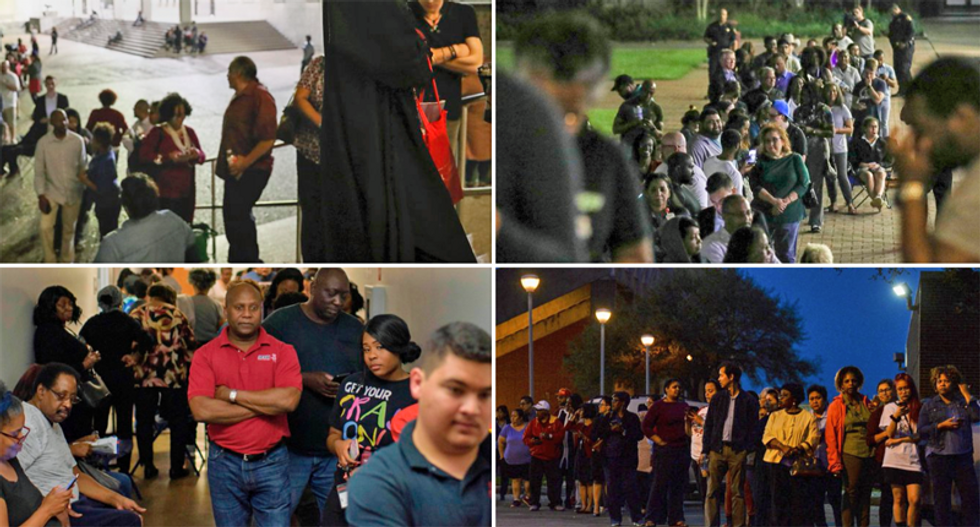 Editor’s note: From tiny Vermont villages to the tornado-damaged city of Nashville to California’s sprawling suburbs, Democrats on Super Tuesday rewarded candidates Joe Biden and Bernie Sanders with large delegate hauls. The Conversation asked three scholars to analyze the results, which drove Michael Bloomberg from the race and turned the competition effectively into a two-person contest between Joe Biden and Bernie Sanders.

Super Tuesday 2020 showed the resiliency of the Democratic Party’s center against the liberal left.

This year, Sanders looks likely to take only four states. Biden was particularly strong across the South, taking first in all the region’s contests. Biden’s wins in 2020 exceed those of Hillary Clinton in 2016; she lost Oklahoma to Sanders. Biden also recaptured Minnesota, which had gone to Sanders in 2016.

But Sanders’ capture of California, with its massive number of delegates, may help mitigate his smaller-state losses in the delegate-count column.

Based on the ideologically similar candidate pairs’ performances (centrists Biden and Bloomberg and leftists Sanders and Warren), the results suggest the appeal of leftist politics has not grown among many Democratic primary states’ voters. The centrist duo improved on Clinton’s vote-share numbers in Colorado, Maine, Minnesota, Oklahoma and Vermont.

While few states saw a significant increase in support for the left-wing candidates, the two that did – California and Texas – have a substantial number of delegates.

Looking ahead, the next two weeks will greatly clarify the Democratic primary race. On March 10, six states vote, including Washington – which went strongly for Sanders in 2016 – and Michigan, which went marginally for Sanders. The following week, four large states – including the presidential swing states of Ohio and Florida as well as Illinois and Arizona – vote, and all of these states went for the more moderate Clinton in 2016. 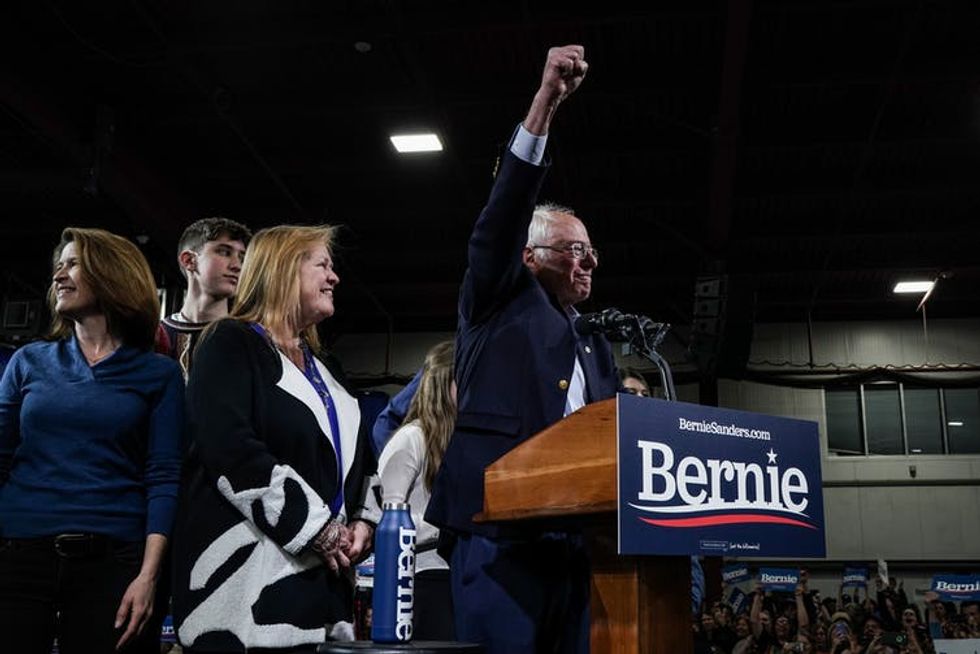 In 2016, President Donald Trump won my state of Tennessee with the largest margin since the 1972 race between Richard Nixon and George McGovern. Trump received 60.7% of votes cast, compared to 32.1% for Hillary Clinton.

While few analysts think that the state is in play for 2020, what insights can the 2020 Super Tuesday results provide about the preferences of those living deep in Trump country?

As a comparison, in 2004, the last primary featuring a sitting Republican president running for reelection, there were only 99,061 total votes cast in the Republican primary. This suggests that Trump’s loyal and active voting base in the state has remained stable and even potentially grown since the last election.

The state has long been known for its moderate politics. But, despite the public critiques of the president and his administration from some of Tennessee’s leading Republicans – including former Gov. Bill Haslam, former Sen. Bob Corker and retiring Sen. Lamar Alexander – it appears that the current administration remains widely popular among most of the state’s conservative voters.

At the same time, in the state’s 2020 Democratic primary, there were 142,945 more votes cast than in 2016, suggesting a great deal of energy on both sides of the aisle. That’s particularly interesting in a state that is routinely at the bottom of national rankings of voter participation.

Joe Biden led Democrats in the state with nearly 42% of Super Tuesday votes. At the same time, he received about 30,000 fewer votes in 2020 than Hillary Clinton picked up in 2016. Meanwhile, Bernie Sanders picked up more than 7,000 additional votes in the state since 2016.

Still, of the state’s 95 counties, Biden won 91, with Sanders only taking the lead in four counties. From this breakdown, it appears that Democratic voters deep in Trump country think that the center-left approach of Biden is the best bet for the 2020 general election contest. 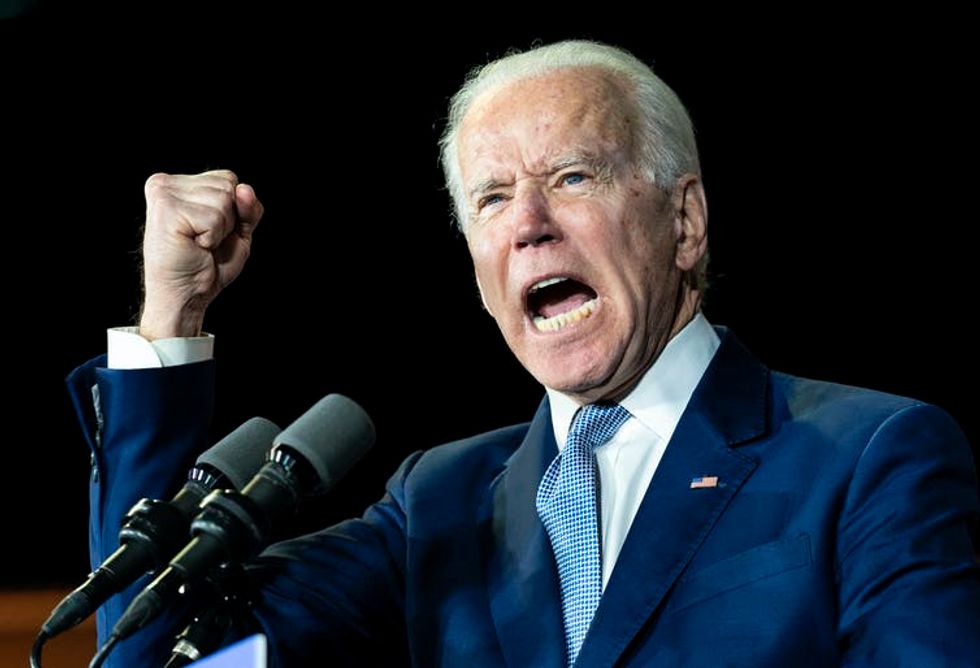 Rey Junco, Director of Research at the Center for Information and Research on Civic Learning and Engagement, Jonathan M. Tisch College of Civic Life, Tufts University

Texas was the second-biggest prize on Super Tuesday, and Joe Biden won the state’s primary with 33.7% of the vote. However, the state’s Latino vote went to Bernie Sanders: 45% for Sanders and 24% for Biden. While 44% of all Texas Democrat primary voters are white, 31% are Latino.

The split between Biden and Sanders was even greater among Latinos aged 18 to 29, who preferred Sanders over Biden, 66% versus 10%, and who made up a larger share of voters than young white Texans: 8% versus 5%. Since Biden appears to have won the state by fewer than 4 percentage points, higher participation from Latino youth could have changed the results.

For years, political observers have been talking about the power of Latino voters to reshape American politics. They certainly have the potential: Census data show Latinos make up 13% – and growing – of the voting-age population.

In the 2018 midterms, Americans got a glimpse of how young Latinos are already influencing elections. Analyses by CIRCLE – the research group that I am a part of – found that Texas counties with higher youth and Latino populations were much more likely to vote for Beto O’Rourke than low-youth, low-Latino counties. These dynamics may make Texas a battleground state in the near future.

However, as with all young voters, engaging Latino youth in Texas and around the country depends on sustained outreach. That has been a challenge: Our pre-primary poll of young voters in Texas found that Texas Latinos under age 40 were less likely than non-Latinos to have been contacted by a campaign or organization. Seventy-five percent of Latinos had not been contacted, compared to 60% of non-Latinos.

Perhaps as a result, Latinos were less likely to know key voting information. Though Texas’s primary allows any registered voter to vote as either a Republican or a Democrat, two-thirds of Latinos thought they had to be registered with a party to participate or said they didn’t know.