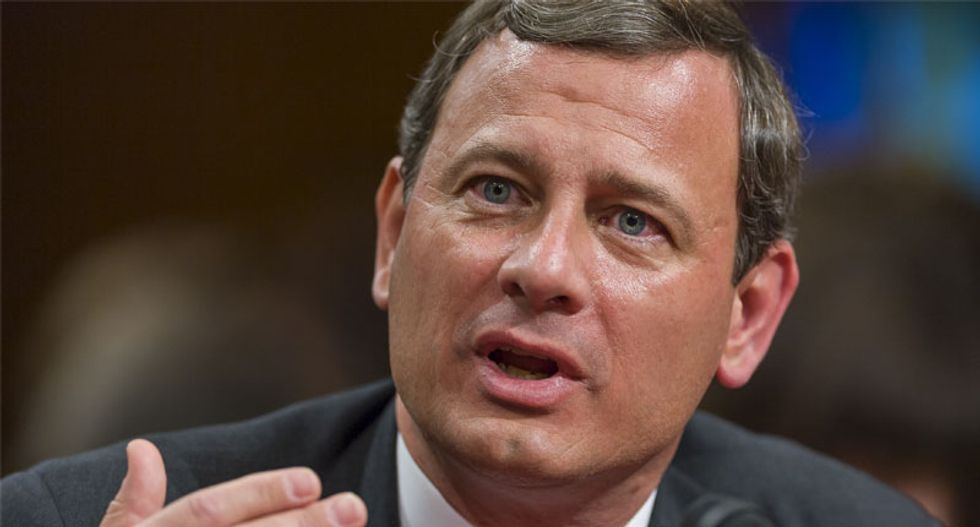 With two justices appointed in recent years by President Donald Trump, the Supreme Court has appeared primed and ready to deliver a huge victory for conservatives looking to roll back abortion rights in the United States. Many observers have thought the court would finally give the pro-life movement its win with the case of June Medical Services LLC v. Russo, which challenges a Louisiana law that makes it more difficult for abortion providers to operate in the state. The proliferation of such laws could dramatically decrease access to abortion in many parts of the United States.

But when the case came before the justices for oral arguments on Wednesday, Chief Justice Roberts sent what some observers interpreted as signals that he may actually be prepared to side with his liberal colleagues in this case and strike the law down.

What makes the case so peculiar is that it closely resembles a recent Supreme Court case, Whole Woman’s Health v. Hellerstedt, in which very similar laws in Texas limiting access to abortion were struck down in 2016. The biggest difference between the two cases isn’t in the merits, but in the court. Former Justice Anthony Kennedy, the Republican appointee who ended up helping to preserve abortion rights, has since stepped down and been replaced by Justice Brett Kavanaugh. Since the court was willing to hear a case so similar to recent precedent, many assumed that it was a foregone conclusion that Kavanaugh, Roberts, and the rest of the court’s conservatives were prepared to dramatically reverse the court’s recent precedent and uphold the law.

And yet Roberts — a conservative who has sided with the liberals in a few key high-profile cases — indicated that he wasn’t persuaded by the defense of the law.

Roberts dissented from the court’s conclusion in Whole Women’s Health, so it might have been assumed that he would support the restrictions on abortion providers once again. But the chief justice also has a clear interest in preserving public trust in the court, and he may be inclined to respect the recent precedent. And he showed signs of that inclination during the arguments.

Roberts repeatedly asked whether there is any difference between the burden the Texas law struck down in Whole Woman’s Health imposes on people seeking abortions, and the burden imposed by the nearly identical Louisiana law.

Neither [Louisiana Solicitor General Elizabeth] Murrill nor US Principal Deputy Solicitor General Jeffrey Wall, who defended the law on behalf of the Trump administration, was able to give Roberts a straight answer.

These weaknesses in Louisiana’s arguments seemed to trouble Chief Justice Roberts: Twice, Roberts inquired what the “benefits” of such a law were, and he did so in a way that directly contradicted the state’s defense of its law.

The core of the state’s argument, after all, is that its admitting privileges law benefits abortion patients by making abortions safer — and that it does so even though the Supreme Court held in Whole Woman’s Health that a very similar Texas law does not benefit such patients. But Roberts appeared to reject this argument rather explicitly.

“I understand the idea that the impact might be different in different places,” the chief justice told Murrill at one point, “but as far as the benefits of the law, that’s going to be the same in each state, isn’t it?”

And CNBC’s Tucker Higgins noted that Roberts “raised questions a year ago by siding with the court’s liberal members — Justices Ruth Bader Ginsburg, Stephen Breyer, Elena Kagan and Sonia Sotomayor — to halt the Louisiana law from going into effect while its challengers pursued their appeal.”

Roberts remains difficult to predict, though it’s worth noting that many conservatives are wary that he’ll be the stalwart in defense of their values that they would hope for. And one reason to suspect Roberts might side with the liberals in this case comes from another recent matter in which he broke with the conservatives: the citizenship question. In that case, Roberts ruled against the Trump administration’s efforts to put a citizenship question on the census because he concluded that officials had been brazenly dishonest in their reason for doing so. He may similarly conclude that in the case of restrictions on abortion providers, which defenders claim are meant to protect patient health rather than to reduce abortions, there is similar illicit duplicity at play.

Milhiser also argued that, while Roberts may decline to side with the conservative movement on this case, anti-abortion activists might just have to aim their sights higher. While the chief justice may be unwilling to overturn a precedent set four years ago, he could be amenable to arguments that more directly challenge the constitutionality of Roe v. Wade — the case underpinning all other abortion jurisprudence by defining a right to get an abortion.

It’s also important to realize that Roberts and the rest of the court have many options about how to rule, which increases the possibility for a surprise decision. Justice Samuel Alito suggested, for instance, that the abortion providers who brought the case might not even have standing to legally oppose the law at all since the rights at stake are those of the patients. Reports suggest no other justice seemed interested in pursuing this line of argument, but such a conclusion could point the way forward if the court is inclined to punt on such a pivotal case — in an election year, no less — rather than make a ruling on the merits.