Susan Rice nails Trump's problems with strong women: 'It's a reflection of one's own insecurity' 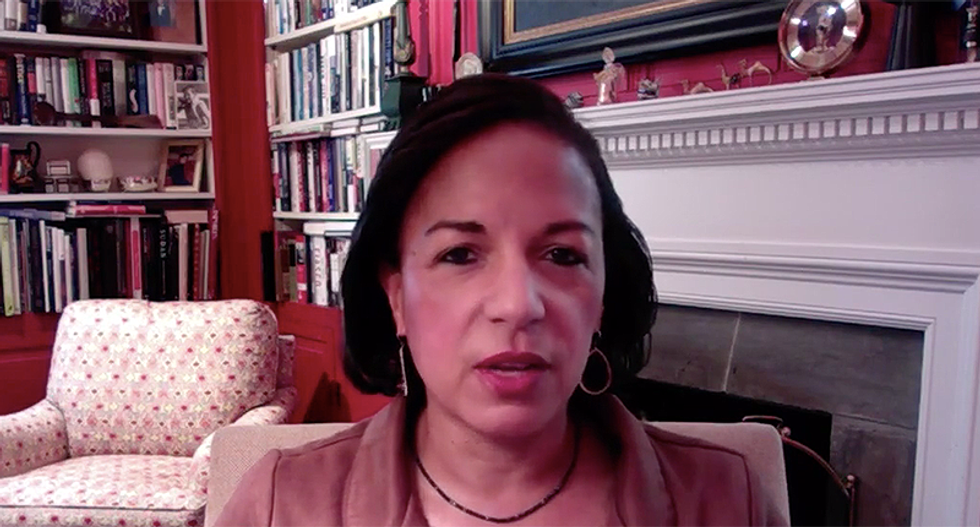 After President Donald Trump went after PBS's White House correspondent, Yamiche Alcindor, former National Security Advisor Susan Rice tweeted that some people simply can't handle "strong Black women." But when speaking to MSNBC's Andrew Mitchell Tuesday, she said she should amend it to Trump having issues with all women.

"He has a particular problem, it seems, with Black women, but as was pointed out in your earlier segment, it's a problem that applies to women with strong personalities and a willingness to stand up for themselves and their beliefs across the board," Rice said.

She went on to call it "sad," saying, "It's a reflection of one's own insecurity."

"It's not a reflection of the talent or the capacities of the women we're talking about," Rice went on. "And I hope very much that we can move beyond that. It's so unbecoming in the context of a national crisis for the president to lash out at individuals, whether the governor of Michigan or the speaker of the House or a reporter who asked a very fair, tough question."

She explained that this is the time for Americans to come together and do our part.

"Thank God for the governors and mayors and those stepping up and taking this crisis as seriously as it deserves to be taken but at the end of the day, there isn't a substitution for leadership coming out of the White House," Rice said. "The White House needs to be stepping in, prioritizing the federal procurement of massive tests of PPE, of ventilators and distributing them on a rational basis. They can't have states competing against each other, against the federal government. It's chaos, and we don't need that kind of chaos. We need leadership."