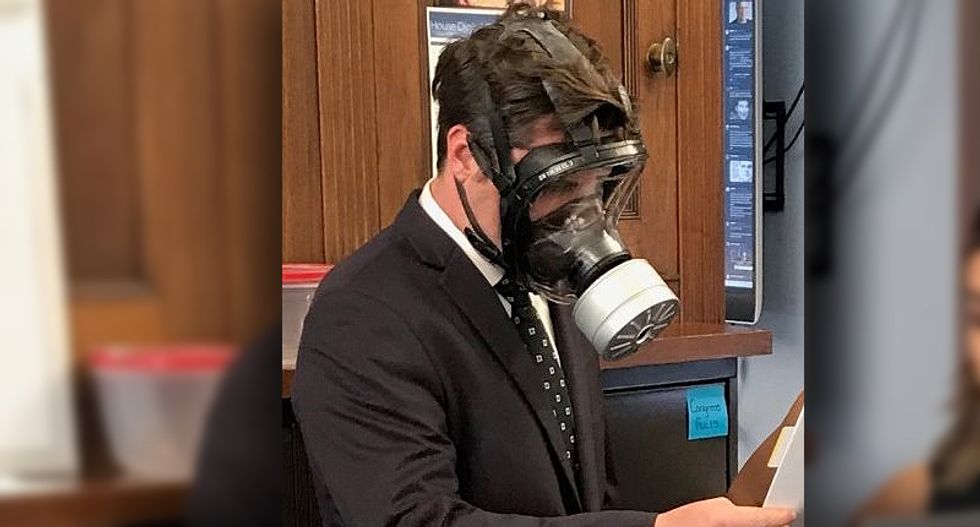 The best way a person can avoid spreading the coronavirus is to wash their hands and not touch their faces after handling things or interacting with others.

The virus is spread through mucus, saliva and similar body fluids, so when people touch it or get it on them and then touch their faces or mouths the virus can be transmitted.

So, officials, doctors and other health experts are telling people not to touch others, wash their hands constantly and follow good general hygiene. President Donald Trump bragged that he hasn't touched his face in weeks, which was quickly disproven with photos of him touching his face over the past few days. It's something people generally do without even realizing it.

So, "The Daily Show," used it as an opportunity to highlight just how frequent the involuntary reflex is. In the case of Vice President Mike Pence, in particular, he wiped his nose and then shook Secretary Alex Azar's hand.