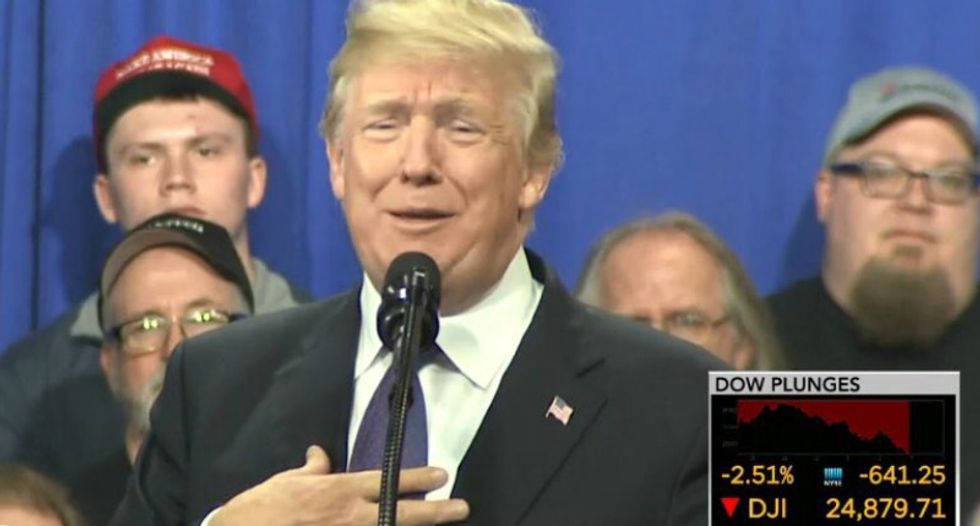 It's been fewer than 20 days since President Donald Trump boasted of overseeing the "highest stock market in history" -- and in that time, the Dow Jones Industrial Average has lost more than 18 percent of its peak value.

On February 19th, the president sent out a tweet boasting of how well the stock market was doing under his presidency.

"Highest Stock Market In History, By Far!" the president wrote.

Things have not been going well since then, and on Monday the Dow plunged by as much as 2,100 points as markets reeled from twin threats of petroleum price wars and the coronavirus pandemic.

As the markets have plunged, Trump has been frantically trying to both blame it on the "fake news media" and trying to claim that it is an overreaction to the coronavirus, which he incorrectly said was akin to the regular flu just hours ago.