The reason so few people have been tested for coronavirus proves a huge government failure: columnist 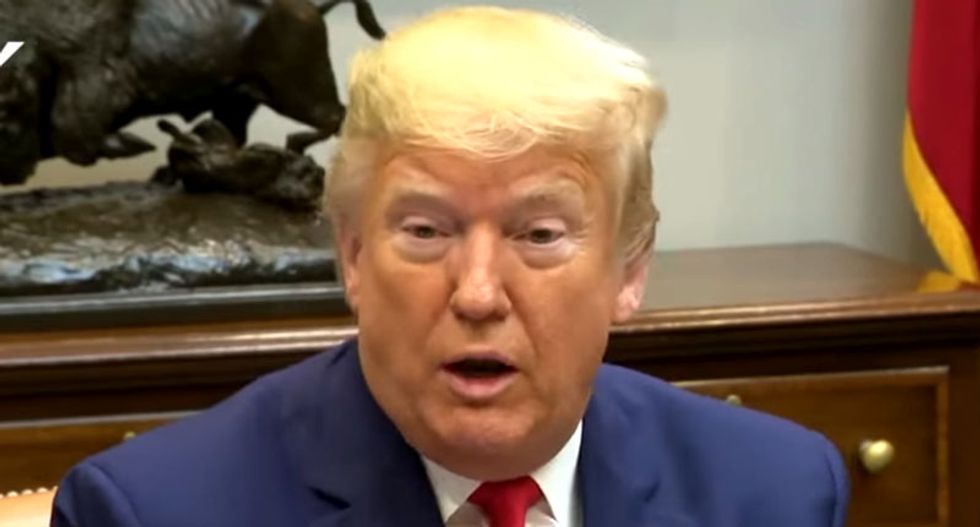 The greatest failure of the coronavirus is the failure of government, explained New York Times columnist David Leonhardt, who put the blame squarely on the president’s leadership for the failures of testing.

The lack of testing isn't for a lack of scientists or labs willing to do the work. Thus far about 10,000 American's have been tested, according to the briefing members of Congress received Thursday morning. South Korea, by contrast, is processing tens of thousands of tests per day.

“Labs and states are worried. [They] expect next to no availability to continue for weeks," Leonhardt quoted Andy Slavitt, who previously served as a former director of Medicare and Medicaid.

"The short answer is a lack of preparation and poor execution by the federal government. The initial tests developed by the Centers for Disease Control and Prevention had a technical problem — and federal officials were then too slow to find alternatives," wrote Leonhardt.

Trump tried to blame Europe in his speech Wednesday night, saying that it was only because he didn't lockdown flights from Europe that the virus was able to make it to the United States. He outright called it a "foreign virus."

"But Europe isn’t the problem (and the fact that indexes tied to the future of the stock market began falling during his speech suggests investors were unnerved by what Trump was saying)," Leonhardt explained. "A much bigger problem is the lack of testing in the United States."

Accurate and trustworthy testing will be key to stopping the outbreak and right now people don't know who is safe and who isn't.

"How exactly have American officials botched the tests?" asked Leonhardt.

It began when the Center for Disease Control's first round of test kits were flawed.

"After problems arose with the C.D.C.’s test, officials could have switched to using successful tests that other countries were already using," wrote Leonhardt. "But the officials refused to do so, essentially because it would have required changing bureaucratic procedures."

Finally, when new test kits became available, it was discovered that half of them had a risk of being contaminated.

Leonhardt explained that the American government could have made things easier by easing regulations on hospitals and labs to do their own test kits. It took weeks before they were willing to look at it as a possibility and it still isn't clear why.

"These delays meant that the United States has wasted much of the past two months," said Leonhardt.

“In January and February, China bought the world time with its aggressive action to contain the viral outbreak in its borders,” wrote Brian Resnick and Dylan Scott for Vox. “The testing fiasco in the U.S. indicates we didn’t use that time well.”

It was 7 weeks ago that the first COVID-19 case was linked to travel in the United States. The Chinese "posted the genome of the mysterious new virus, and within a week virologists in Berlin had produced the first diagnostic test for the disease." And yet, the U.S. did nothing.

Wednesday night, CNN's Dr. Sanjay Gupta noted that the online data about testing revealed that in the past 24 hours the CDC and Public Health Department had only done eight tests. The World Health Organization sent out test kits to 60 countries, but the United States wasn't one of them. Instead, the president maintained it was nothing more than just the flu.

Yet, the president bragged about his response in his Oval Office address Wednesday, saying his has been better than any other country. As with many of his hyperbolic claims, it's false.

He closed by promoting this week’s episode of The Argument, where he and Ross Douthat discuss what the country should be hoping Trump does next.