The View explodes on Trump for flunking coronavirus test: ‘Our government is screwing up!’ 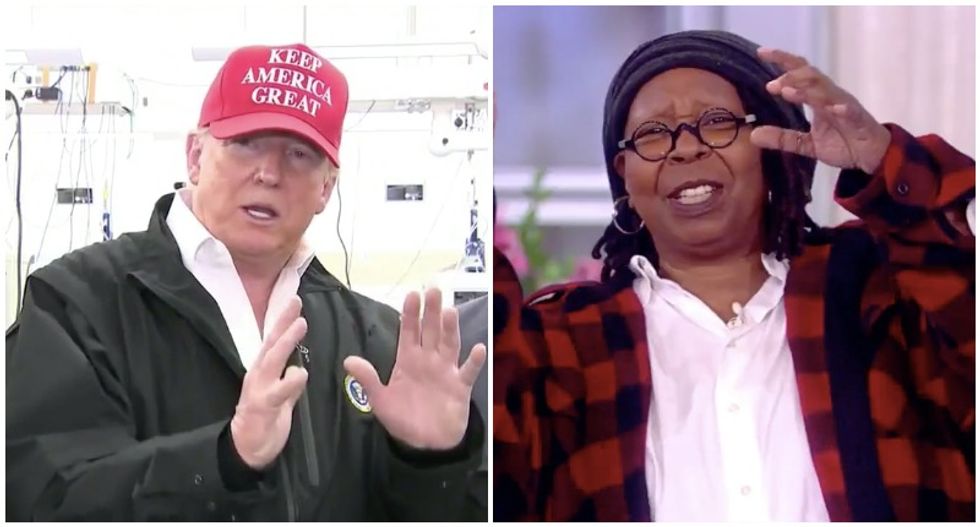 "The View" panelists ripped President Donald Trump's erratic response to the coronavirus outbreak, saying the administration was failing at the most basic responsibility of government.

Host Whoopi Goldberg rolled a clip of Trump admitting he didn't want Americans on board a cruise ship afflicted with the virus to remain on board to suppress the number of cases, and the panelists were astonished.

"I don't know what he just said," Goldberg said. "I don't understand what he's saying."

The audience applauded, and co-host Sunny Hostin explained why the administration's response was making Americans so nervous.

"I think it's the mixed messages that has everybody just so crazed because at first it was, we have everything under control," Hostin said. "Then it was, there are very few cases and this will be contained in a few weeks or a few months, and we're getting -- for me at least, like, a trickling bit of information that seems to be very different, and just conflicting information, and I think when you are suspicious of the information that your government is giving you, that leads to the sort of fear that I think we're seeing."

Behar said Trump and his administration were failing the most basic test.

According to the Washington Post's Greg Sargent, the DOJ has not only been holding back investigative information about the Trump administration from House committee's launching their own inquiries but has also been running interference for the former president -- and that has some Democrats frustrated.