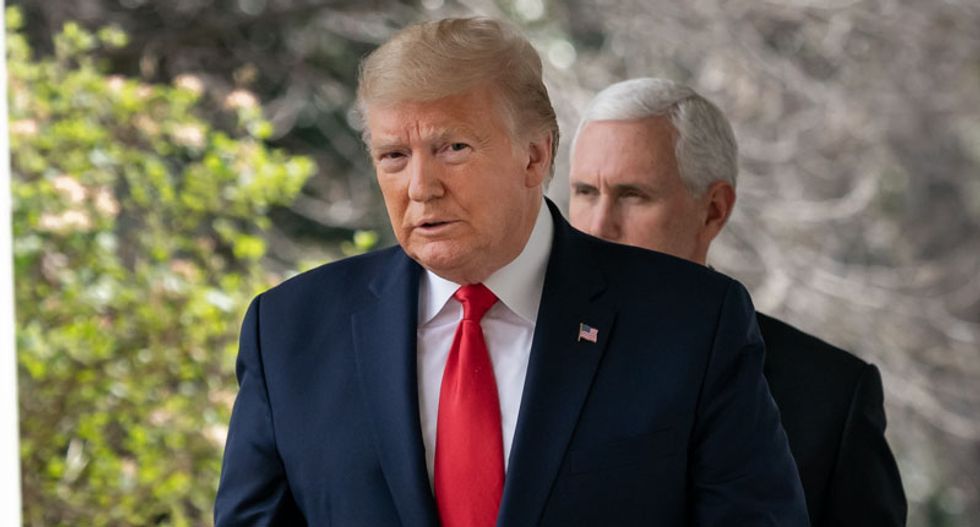 Right-wing science denialism is at least as much to blame for the unfolding coronavirus tragedy as President Donald Trump's failure of leadership, according to economist Paul Krugman.

New York has entered a full-blown health crisis, and the United States is on the worst trajectory of any advanced country in the world -- but the Nobel Prize winner lamented in his New York Times column that things didn't have to be that way.

"As we wait to see just how bad our national nightmare will get, it’s worth stepping back for a few minutes to ask why America has handled this crisis so badly," Krugman wrote. "Incredibly bad leadership at the top is clearly an important factor. Thousands of Americans are dying, and the president is boasting about his TV ratings."

"But this isn’t just about one man," he added.

Epidemiologists studying the COVID-19 outbreak were shocked by how quickly their work was politicized in the U.S., where conservatives portrayed their findings as a hoax intended to hurt the president or push a socialist agenda.

"Decades of science denial on multiple fronts set the stage for the virus denial that paralyzed U.S. policy during the crucial early weeks of the current pandemic," Krugman wrote.

The U.S. has the lowest life expectancy of any advanced country, and that gap has widened as other countries offer universal health care and "deaths of despair" surge among working-class white Americans in areas that tended to back Trump.

"While America is a great nation with a glorious history and much to be proud of — I consider myself very much a patriot — the rise of the hard right has, as I said, also turned it into a land of denial and death," Krugman wrote. "This transformation has been taking place gradually over the past few decades; it’s just that now we’re watching the consequences on fast forward."