On Monday, Sen. Marco Rubio (R-FL) admonished people for speculating that the coronavirus pandemic could lead to "Marshall Law" in the United States — a typo for which he was roundly ridiculed.

Later in the afternoon, Rubio acknowledged his typo — even as he misspelled the word "martial" yet again: 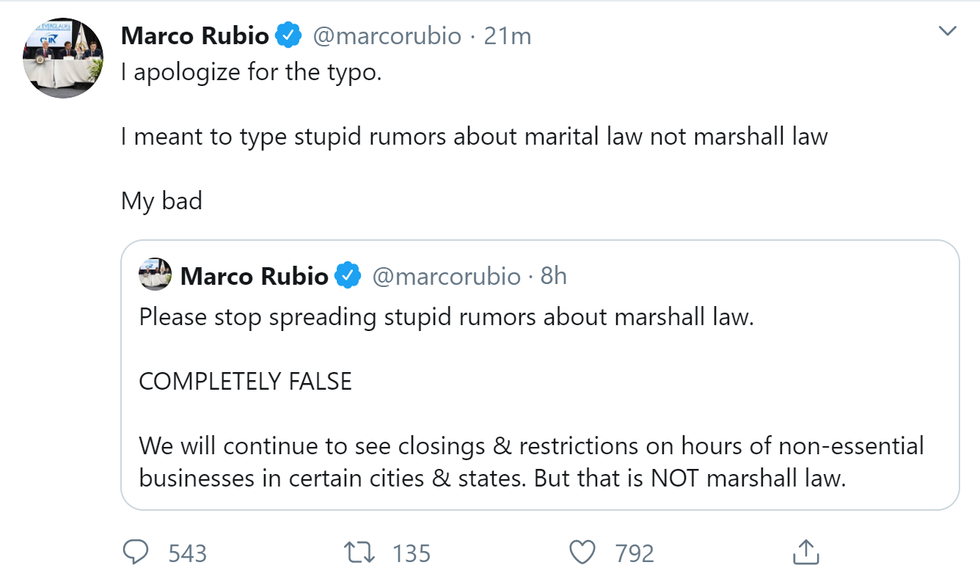 The internet's reaction to Rubio's second typo was swift:

@marcorubio Correcting the typo with another typo. Now it's marital law? FFS, these people are leading us through a pandemic?
— Kimberly 🌸 🇺🇸 (@Kimberly 🌸 🇺🇸) 1584397941.0

@Nostradonny @marcorubio Not me. Let’s see how long it takes for @MerriamWebster to weigh in on this one.
— RogueWhiteHouse (@RogueWhiteHouse) 1584396630.0