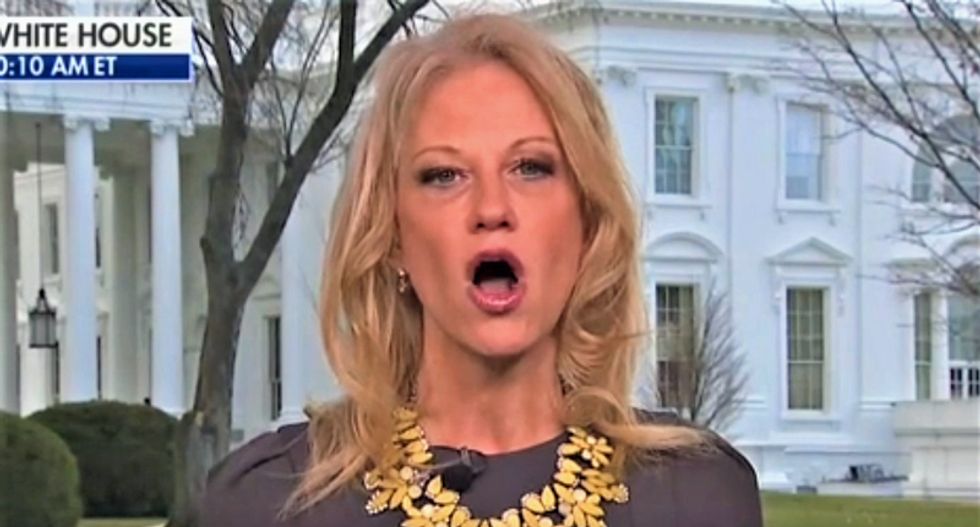 Appearing on MSNBC on Saturday morning, former Health and Human Services Secretary Kathleen Sibelius was dismissive of Donald Trump administration's response to the coronavirus epidemic, saying the president is spewing "Kellyanne Conway alternate facts" about the spread to make himself look good.

Speaking with host Joy Reid, Sibelius got right to the point.

"I think we're in a very dangerous period," Sibelius began. "If the president continues to hunch about scientific facts, if he continues to block the scientists from talking directly to the American public, then we are in a world of the Kellyanne Conway alternative facts. And alternative facts, in this case, can be life or death decisions made by people."

"We need to be able, as citizens, to trust that we're getting correct information. not only about what's going well, but correct information about what hasn't gone so well," she continued. "We know the United States is way behind on testing. We know that our protocol doesn't make any sense right now about travel, so what we have is people making up their own rules."