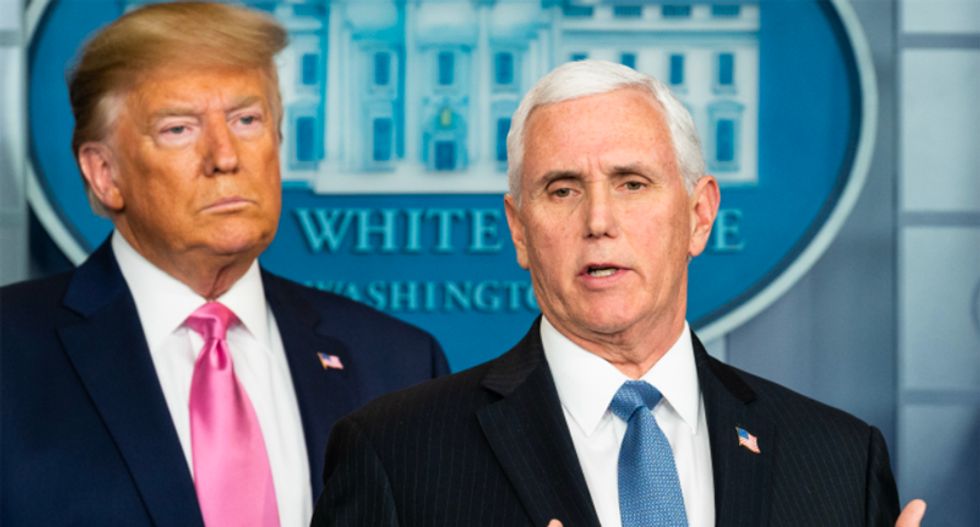 Appearing on CNN early Sunday morning, New York Times White House correspondent Maggie Haberman claimed that Donald Trump's only concern over the government's handling of the coronavirus pandemic is how it reflects on him and his desire to take credit for any successes.

Speaking with host John King, Haberman stated that Trump's obsession with how he is perceived is the animating reason why he shows up at Vice President Mike Pence's task force press conferences and takes over -- to show that he is in command.

Noting that the president mainly uses the highs and lows of the financial markets as his personal "weather vane," the NYT reporter said that Trump is only concerned with himself in the final analysis.

Saying the president feels his early decision to restrict flights from China was his "mission accomplished" moment, Haberman added, "Then the government proceeded to squander a lot of time in part because he did not want to be talking about this publicly."

"He tends to look at these things only through the lens of how it affects him and how it is being played in the media, those are his driving, animating impulses and forces and you see it every day," she explained. "You see it in part by the fact he is now, since last Sunday, it's only been a week, he comes to the briefing room podium every day because Mike Pence had been there prior to that and was getting praise for how he was at least speaking publicly about it."

"None of this is what one would call ideal crisis leadership, but it is, I think, the best he can do," she dryly added.