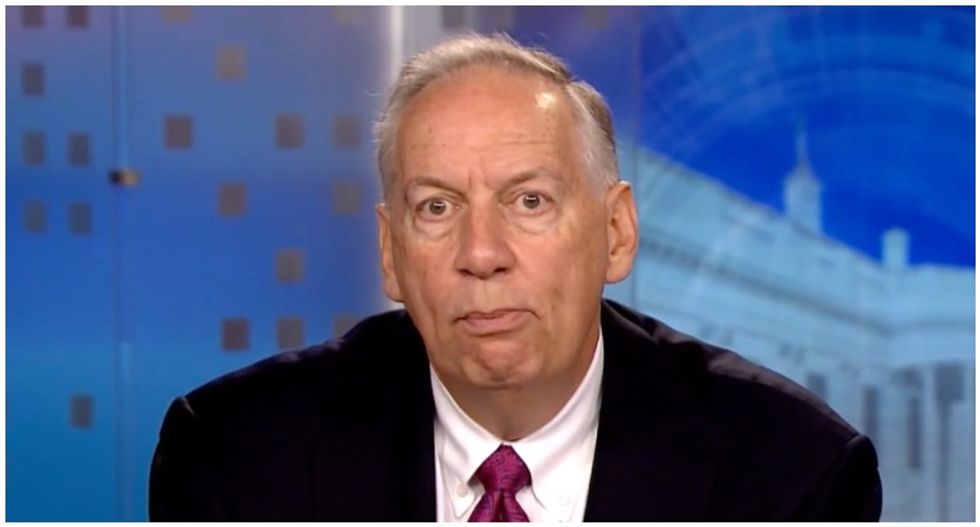 The minister who hosts a weekly bible study session for President Trump's cabinet has an opinion about the origins of the coronavirus. According to Ralph Drollinger, it's just another form of God's wrath in response to an increasingly progressive nation.

“Relative to the coronavirus pandemic crisis, this is not God’s abandonment wrath nor His cataclysmic wrath, rather it is sowing and reaping wrath,” Drollinger wrote in a series of posts. “A biblically astute evaluation of the situation strongly suggests that America and other countries of the world are reaping what China has sown due to their leaders’ recklessness and lack of candor and transparency.”

As The Intercept points out, Drollinger also railed against the “religion of environmentalism” and people who express a “proclivity toward lesbianism and homosexuality," who he claims have  infiltrated “high positions in our government, our educational system, our media and our entertainment industry” and “are largely responsible for God’s consequential wrath on our nation.”

Among the participants in Drollinger's bible studies are Mike Pompeo, Housing and Urban Development Secretary Ben Carson, Education Secretary Betsy DeVos, and Health Secretary Alex Azar (who, along with Carson, are members of the coronavirus task force). Other participants include 52 GOP lawmakers.

"The evangelical lessons are carefully catered to conservative ideology, with a focus on interpreting current events through a partisan lens," writes The Intercept's Lee Fang. "Drollinger’s study guides have provided Biblical justification for the Trump administration’s undocumented immigrant child separation policies and arguments in favor of lower taxes on the wealthy."

Read Fang's full report over at The Intercept.