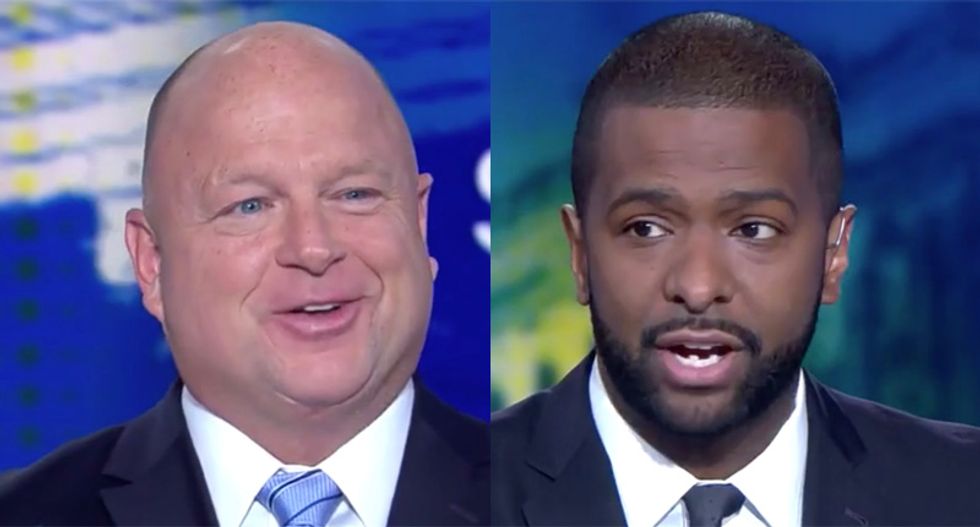 A CNN "State of the Union" panel grew heated on Sunday morning after a defender of Donald Trump laughingly attempted to downplay inaccurate comments made by the president about the growing coronavirus epidemic.

With host Jake Tapper noting that the president has continually made false claims about the growing epidemic, lobbyist and conservative panelist David Urban smirked and said that the president should leave it to the professionals -- but seemed unconcerned by the damage the president is doing.

"If I was the president, just let those guys speak. The president is trying to be the calmer-in-chief here and say, 'listen, people, stick to the facts, just wash your hands.' I understand your -- ," Urban stated before being cut off.

"He doesn't stick to the facts," host Tapper corrected him. "He says things that aren't true."

With Urban urging everyone to "calm down" and listen to other White House officials, conservative commentator Linda Chavez pulled him up short.

"The problem is, David, you can say if anybody wants a test they can get it, but people who are coughing and hacking show up and can't get the test," Chavez lectured him. "He should calm the American public, we should not overreact, but the worst thing you want to do if you want to keep people calm is to speak mistruths."

Panelist Bakari Sellers then piled on.

"This is a public health crisis," he scolded. "This doesn't need Republican talking points. All of us have elderly grandparents to worry about, I have an immunosuppressed daughter who is devastatingly afraid. I'm tired of the political BS. I wish we had [Surgeon] General Jerome Adams at the forefront more often because he's more reassuring. What I don't want is the president of the United States lying to me."