Trump given a pass on coronavirus epidemic by swing voters who only see it as a financial issue: report 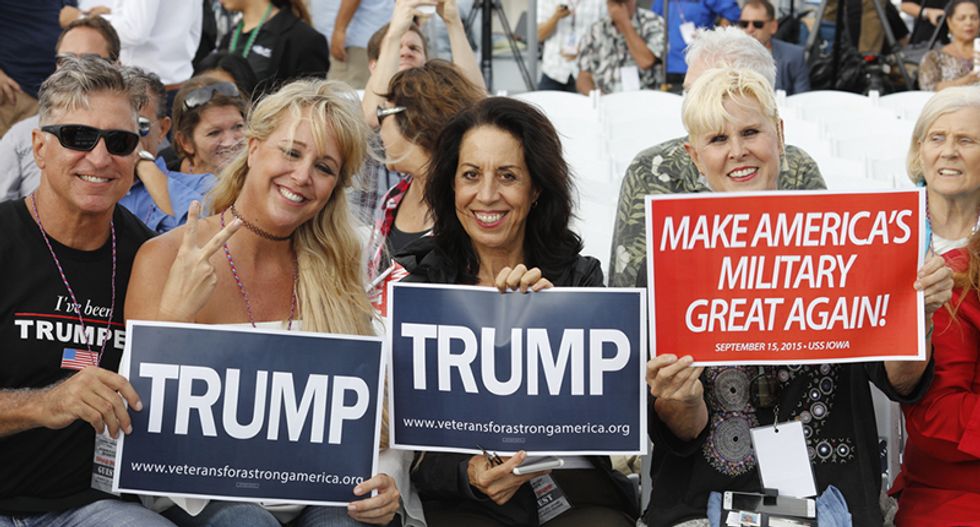 According to a report from Axios, a focus group of voters in swing state Minnesota showed that many of them are willing to absolve Donald Trump for his bumbling response to the coronavirus pandemic as long as the stock market bounces back.

While noting that the group is a small sample, that included "10 voters who flipped from Barack Obama in 2012 to Trump in 2016 and one who switched from Mitt Romney in 2012 to Hillary Clinton in 2016," the report points out a surprising take by some voters as the country deals with the health crisis.

According to Alexi McCammond of Axios, "These participants said they were not concerned about catching coronavirus, much less dying from it. But they were concerned about their financial investments taking a hit as a result of investor and consumer panic and disease containment practices, and they were uneasy about recent stock market hits."

One focus group participant identified only as Crystal T. explained, "I think he has a limited impact on the economy as a whole, especially in the world economy. So I think coronavirus is a temporary thing. It's not going to affect anything long term, and it wouldn't affect my decision of voting for him or not."

Another, identified as Roger L., did admit, "All of a sudden, now, the bottom is just dropping out. They even stopped trading today it was that bad. So, to me, that's alarming."

As McCammond explained, "In previous focus groups with Obama/Trump voters, we've heard that they'd be less likely to vote for Trump in November if the economy tanks. That wasn't the case in this conversation, with participants indicating no president could be expected to control something with such sweeping, global reach."

One participant identified as Lisa L. said she was putting her faith in Trump to save the economy, stating, "At this point I think I'll put my trust in him that he will get us out of it," before adding, recession or not, she would still likely vote to re-elect the president in November.

Participants in the group did express dismay at how much the cost of dealing with the epidemic would cost, with a few stating, "insurance companies should waive any out-of-pocket costs associated with receiving medical treatment for coronavirus. They worried about having to see out-of-network specialists who cost more."