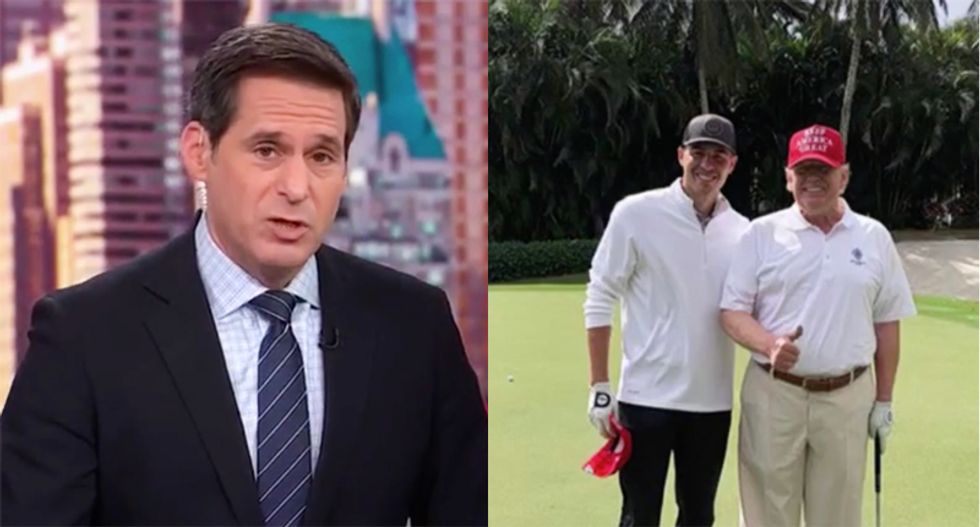 CNN hosts John Berman and Alisyn Camerota expressed disgust on Monday morning after sharing pictures of a grinning Donald Trump posing at one of his golf courses as the rest of the country is in a panic over the coronavirus crisis that has now been labeled a pandemic.

"People are warning you don't want to get on the wrong side of the president," host Berman said in reference to a statement from a senior GOP official criticizing the president. "What's the right side? Apparently a fairway. Let me show you pictures what the president was doing as the coronavirus reached pandemic levels -- he went golfing."

"Apparently the people who look at this say he's spent 264 days on a golf course," Camerota continued. "You'll remember Donald Trump didn't like it when President Obama golfed. In fact, there's a tweet for everything, he said then in 2014, 'President Obama has a major meeting on the New York City Ebola outbreak with people flying in from all over the country, but decided to play golf.' It's funny how things turn around."

"It may be that public health officials would rather have him on the golf course than at the CDC where he alarmed people with the comments there," Berman suggested.