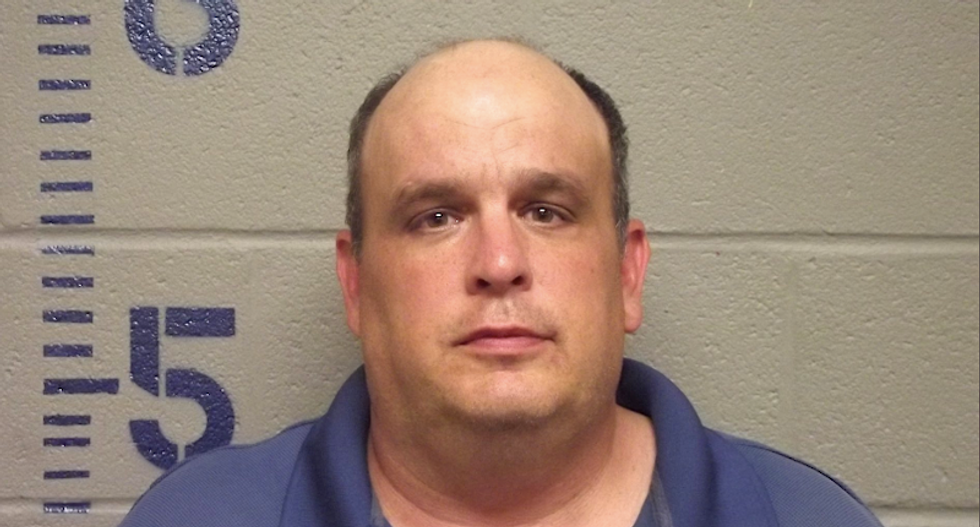 A right-wing militia member with ties to an ill-fated fundraising effort to build President Donald Trump's border wall was convicted of impersonating a Border Patrol agent.

Jim Benvie had been facing two counts of false impersonation of an officer of the U.S. government, and he confirmed Tuesday evening on his Facebook page that he had been convicted in the trial that began Monday in federal court, reported KTSM-TV.

The charges stem from an online video showing Benvie, the former spokesman for the United Constitutional Patriots militia group, claiming to be a Border Patrol agent and ordering a group of migrants to halt.

Benvie and other militia members had set up camp in February 2019 near the U.S.-Mexico border in Anapra, New Mexico, that around the same time as the president's visit to nearby El Paso, Texas.

“Trump, if you’re watching," one militia member says in a video posted in March 2019, "this is what we’re doing for you.”

The group operated more or less undetected until mid-April, when a series of livestream videos went viral on Facebook, and the indictment shows Benvie pretended to be a federal agent on April 15 and 17, when the videos were posted on social media.

Benvie told KTSM at the time that his group was stopping migrants until Border Patrol agents arrived, and he claimed the federal agency knew about and supported their activity.

“They are like, ‘Don’t quit,’" Benvie told the TV station. "I hear it from the agents every day."

The militia splintered when UCP's commander Larry Hopkins, who had previously been convicted of unlawfully impersonating a peace officer, was charged with unlawful possession of a firearm by a convicted felon.

Benvie and other militia members changed the name of their group to the Guardian Patriots, and Hopkins pleaded guilty earlier this year and faces up to 10 years in prison when he's sentenced in April.

The group made the news again in late May after a GoFundMe page set up by Brian Kolfage raised millions of dollars to build a border wall, and Benvie was granted full access to the land and building process when a small section of the fence was raised on private property.

Kolfage and his WeBuildTheWall, Inc., are reportedly under criminal investigation.

Benvie was charged in Oklahoma in June with fraud after the father of a cancer survivor recognized the militia member in a news article and contacted police.

The man said Benvie had been using his 11-year-old son's photo and story for years to raise money, but none of that money ever went toward the boy's medical care.

“I've chased him from Georgia to Tennessee and now Texas, Oklahoma, running this scam,” Eric Cremeens told The Daily Beast last year. “The only thing he's ever done is threaten to sue me when we exposed who he was and what he was doing.”

Benvie was also indicted in July for being in possession of a Penske moving truck that had been reported stolen in April 2018.