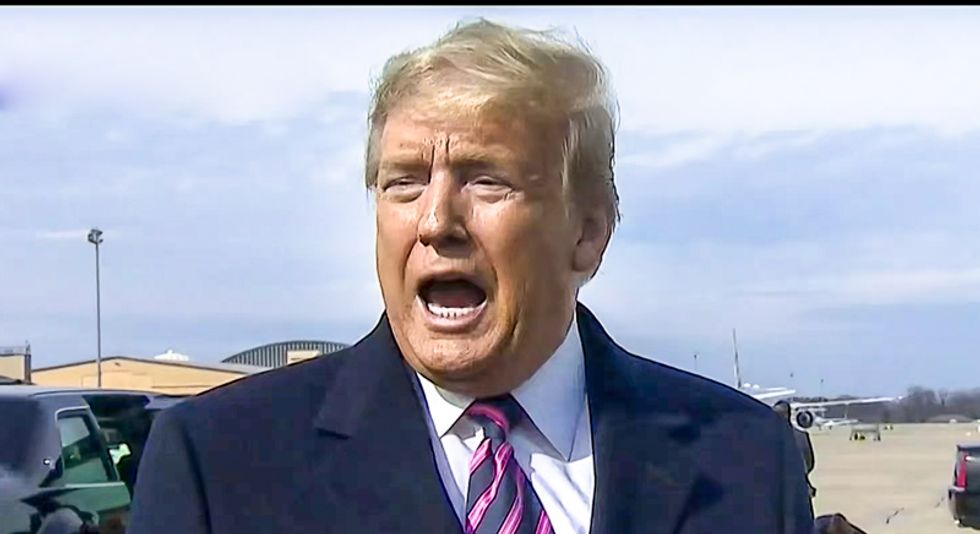 President Donald Trump on Monday said that he'd be holding a press conference on Tuesday in which he'd outline his plan to combat the economic damage being done by the coronavirus pandemic.

There's just one problem: CNBC reports that there actually is no plan yet.

Trump administration officials are telling the network that "the White House is not ready to roll out specific economic proposals in its response to the widening impact of the coronavirus outbreak," despite Trump's declaration that these proposals would be rolled out on Tuesday.

In fact, sources tell CNBC that "some officials were stunned by Trump’s claim Monday that he would hold a press conference Tuesday to announce an economic plan," and one official tells the network that Trump's declaration "was news to everyone on the inside."

Another official tells CNBC that the economic proposals are "not there right now," while adding that "a lot of details need to be worked out."

Trump has floated a payroll tax cut to benefit workers and perhaps lower pressure on companies who might otherwise lay off workers, although he hasn't laid out any concrete measures just yet.