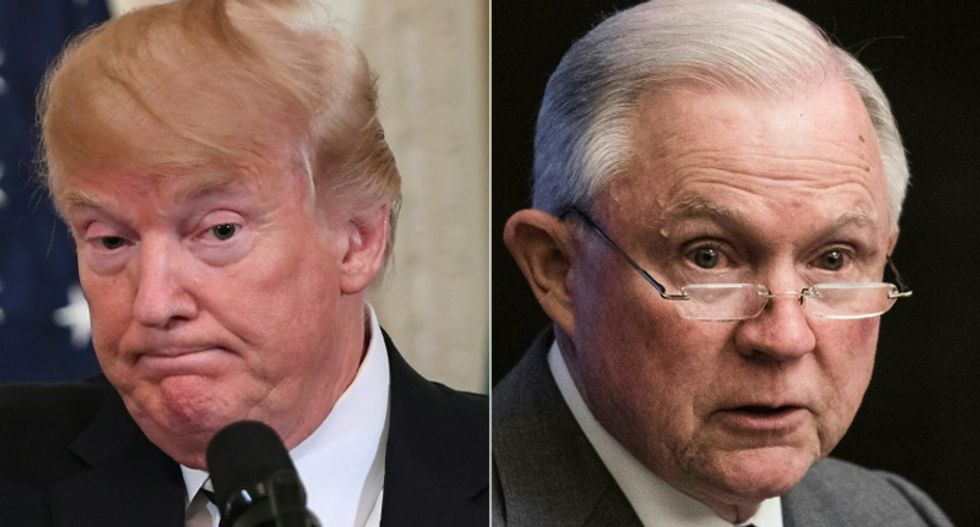 President Donald Trump on Wednesday taunted former Attorney General Jeff Sessions after he was forced into a runoff vote in the Alabama Senate race this week.

The president tweeted out a Politico report about Sessions falling "well short" of a majority in the Republican Senate primary, and he ascribed Sessions's poor performance on how he served Trump as attorney general.

"This is what happens to someone who loyally gets appointed Attorney General of the United States and then doesn’t have the wisdom or courage to stare down and end the phony Russia Witch Hunt," the president wrote. "Recuses himself on FIRST DAY in office, and the Mueller Scam begins!"

Sessions faced relentless criticism of Trump during his tenure as attorney general, as the president called him "weak" and "beleaguered" after he recused himself from being involved with any investigations into Russian interference in the 2016 presidential election. Trump often lamented that Sessions would not act his personally attorney and openly admitted he wanted his attorney general to act more like the late Roy Cohn, the disgraced attorney who was disbarred in 1986 shortly before his death.

This is what happens to someone who loyally gets appointed Attorney General of the United States & then doesn’t hav… https://t.co/9oZYYHC6IV
— Donald J. Trump (@Donald J. Trump) 1583325084.0